"I think we are in a pretty problematic moment as a society and its cool to take a moment to reflect on that, which is what we’re doing as a company right now. Interrogating ourselves as much as we’re interrogating the world."

My name is Aislinn, I’m co-Artistic Director of Circumference and you’ll see me onstage in our new show Staged at Zoo Southside (also at the bar at Zoo afterwards) 12 – 26 August @ 7pm.

Staged is very much a theatrical spectacle. It involves three people performing aerial acrobatics on a giant, swinging wooden platform, which tips and balances as they move in a calculated game of chance. As their physical limits are put to the test, the show explores how they are affected by the instability of the world they inhabit – which is very much a metaphor for the world we’re living in today.

I’ve attended Edinburgh Fringe in various capacities over the last 10 years – performing in other peoples’ work, being a regular punter and judging for the Total Theatre Awards. I love the vibrancy of the festival, and the variety of work on show is unparalleled in any other festival I’ve been to. This year I’ll be here for the first time with our own company’s’ work, and that’s a hugely exciting challenge. The opportunities afforded by putting on a show here are immense, in terms of meeting and showing it to programmers from all over the world – that’s the reason we’ve decided to come.

Also, Edinburgh is one of my favourite cities in the word!

Whilst the size of the festival is increasingly a challenge, the sheer openness to new ideas means you can often find new work by amazing, unknown artists that you wouldn’t be able to find anywhere else. It’s also one of the best places I’ve been for making new friends and professional connections from all over the world – some of my richest professional collaborations have been enabled to happen through the “networking” opportunities at the festival (by which I mean the bar!)

I’ve seen a lot of great circus, from early Cirque du Soleil to the brilliant NoFit State to Ockhams Razor. They really inspire me with the breadth of their work- watching them makes you feel like anything is possible. Then there are so many inspiring works of theatre from our absolute Belgian favourites Ontroerend Goeds' Game of You to Tectonic Theatre’s Laramie Project- these guys are pushing the boundaries of what you can say in a performance space and how you can say it. We are also stoked to be sharing our theatre space with Ontroerend Goed. They are long time collaborators with our producer, and their show, Are We Not Drawn Onwards to a New Era is one of the most beautiful and timely pieces of theatre I’ve seen in years, so do check that out too.

I’d probably be working as a journalist and writing about climate and social justice, which has been high on our company’s’ agenda over the last 2 years. Or I’d be working on a nature documentary programme spending months in a remote location trying to get the perfect shot of a snow leopard!

Being the democratically elected dictator of the United States. I think they could use some help over there, but then power corrupts, so maybe I’d discover my evil side…

I think it would be finger painting or clay modelling... but with silly putty or blue tack or something... It's fun cos I have a 2-year-old nephew so I'm pretty much right back where I started now.

There's a lot of freedom at that age before you've been socialised too much. My nephew is always going out in the garden and bringing back in imaginary lions of a variety of unexpected colours.

Absolutely. Circus is a great for a wide audience so we get to meet a lot of people when we perform our work, and we love hearing their stories.  Circus gives us a platform, and it’s our job to look at the world and try to make sense of and comment on what we see. Our work is pretty responsive to what’s going on, so we read the news and work with people from different backgrounds to try to get a variety of perspectives on current events into our work.

I think we are in a pretty problematic moment as a society and its cool to take a moment to reflect on that, which is what we’re doing as a company right now. Interrogating ourselves as much as we’re interrogating the world.

Ticketed events have the possibility of people getting paid, and I’m a big believer that arts are an essential public service so artists should get paid. Free Fringe is awesome in the same way that all free cultural events are. Lots of people can’t afford a ticket, and arts and culture should not be limited only to people who have disposable income. I also like the way it challenges the transactional, consumerist nature of Art – how do you assign something like that a monetary value anyway?

Take care of yourselves in the preparation and when you are up there. Having been to lots of Fringes I’ve decided that I can only do 2/3 things (socialising, seeing shows, doing your own show), so I’m planning on being a bit of a hermit up there. Although we are gonna have board game nights if anyone want in...

The venue we’re in had some great advice on Twitter the other day – that for every night out, you should have a proper night in.

Our show opens at Zoo Southside on Tuesday 13th August and runs every day at 7pm until Sunday 25th. This year we’re also part in a small, very informal collective called #FringeIndependents – four independent companies supporting and advocating each others' work at this years’ Fringe. It’s a small nod to the importance of valuing smaller, independent companies in a market increasingly saturated by big names and consortiums. We all met at previous Edinburgh Fringes and over the years have bonded through shared values about the kind of work we want to make.

So we’d love to do a shout out for ONE and THE END by Bert and Nasi at Rose Bruford at Summerhall; Working on my Night Moves by Julia Croft, Nisha Madhan and Zanetti Productions at Summerhall, and dressed by ThisEgg at Pleasance, which is being presented this year as part of the British Council Showcase. They are very different and equally stunning shows – do go and see them. 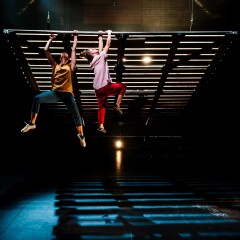 "I think we are in a pretty problematic moment as a society and its cool to take a moment to reflect on that, which is what we’re doing as a company right now. Interrogating ourselves as much as we’re interrogating the world." 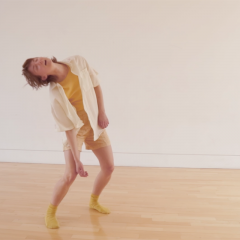