"In the words of my old twitter bio I’m a ‘writer and director, and a hot tempered short arse trans man who wears a lot of jewellery’."

In the words of my old twitter bio I’m a ‘writer and director, and a hot tempered short arse trans man who wears a lot of jewellery’. I make playfully surreal work which is often about identity, and always seeks to create a really live relationship between the performer and audience. My favourite aspect of making theatre is the collaboration with other artists and performers. I thrive on working with different practitioners and companies from all over the world.

Passengers is a bombastic, comedic and highly physical exploration of how trauma can give rise to extraordinarily creative coping strategies. A semi-autobiographical staging of my own alter personalities and the epic battles and alliances that play out between them. A show set entirely within the mind that seeks to forge a connection between dissociative identity disorder and the universal idea that we are all made up of different versions of ourselves.

Despite the huge costs and stress of taking a show to the fringe, it is unarguably the biggest theatre festival  in the world. I owe so many of my collaborations and creative partnerships to the fringe. A good run at Edinburgh can be amazing - a way to expand your audience, start discussions with venues and most importantly, I think, really engage with what’s going on in the theatre scene and see as many shows as possible. I live in a little cottage in Hertfordshire which is really peaceful, and it’s such a lovely contrast to be part of the fast-paced mania of the fringe for a month.

I think the sheer mass and variety of shows. It’s kind of awe inspiring if not a little exhausting at times. I also love the variety - from school productions to first time comedians to enormous productions. It’s a true representation of the incredible variety of work that’s out there. I love that in a single day I can see an abstract dance piece, a cabaret, and a musical. That I can leave one venue sobbing and another grinning from ear to ear. I’ve seen some real undiscovered gems at the fringe, been utterly surprised at loving something that I didn’t think was my cup of tea. The festival has a gorgeous unpredictability to it.

I have always been a ‘storyteller’, or rather had a ‘storyteller’ in me (you’ll have to see our show to know exactly what I mean by that) since I was a child. The liveness of theatre has always appealed to me. The incredible transaction between performer and audience, the way that no two shows are ever the same. To be a part of taking an audience on a journey has always felt like such a holy, incredible thing to be able to do.

My first theatrical inspiration was a performance of ‘The Threepenny Opera’ at the Donmar Warehouse when I was about thirteen. It was so weird and visceral and intense - and I realised that theatre could be dark and funny, playful and horrible. That it could be full of contradictions. That it could be weird and sometimes liminal! These things were so exciting. I’m also heavily influenced by film: Lars Von Trier, David Lynch of course, Harmony Korine, Thomas Winterberg.

I always fancied myself as a criminal psychologist?!

The one I have in all honesty but with a constant stream of work, a reliable income and absolutely no writer’s block. Failing that I would also be happy with a career as a ‘cuddler of kittens’.

Being paid in puppets to do puppet shows for my little brothers’ birthdays.

No I don’t. I think I just don’t make work in that way. But I do make work about whatever is prescient in my mind, whatever subject seems to be taking up my brain at that time. With my last show Testosterone I was thinking about masculinity a lot, and with Passengers I was really fascinated by my own experience of DID and the idea of ‘self’. Who are we? Are we one person or are we many?

I guess that in my last show Testosterone  I felt very passionate about presenting a trans narrative that challenged a lot of the anti-trans sentiment which I was seeing in the media. With this show I think I want to be careful what we are saying about trauma, but I’m also aware that you can’t please everybody. And my experiences might not be the same as other people’s. For instance, I often use irreverent comedy when dealing with some fairly painful experiences in my work - but I feel as the author of semi-auto biography I’ve kind of earned the right to do that.

I think probably Antonio Artaud. I think we would have a lot of fun and a lot of arguments

I totally love the free fringe. I think it’s brilliant. But i’ve never done it so I don’t feel that I can really comment on the pros and cons. I would say though that doing the ticketed fringe kind of feels like doing it for free. I mean if you’re lucky you break even.

Make sure that you have an amazing team working with you. It’s long and hard with highs and lows and you want to be doing it with people that are going to work as hard as you are and will also be a joy to be around. Be kind about the shows you see. There is always something good to be said about any show you watch. Support the small shows who are struggling. Remember that there is life outside the fringe. Try not to read reviews, even if they’re good.

Passengers is at 14.30 at Summerhall Red Lecture Theatre 31st July to 25th August

You can see Passengers at Summerhall Red Lecture Theatre from 31st July to 25th August at 14.30 . For tickets please visit https://festival19.summerhall.co.uk/event/passengers/www.edfringe.com 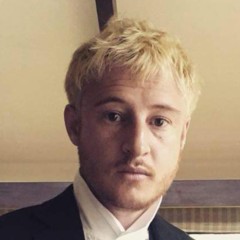 "In the words of my old twitter bio I’m a ‘writer and director, and a hot tempered short arse trans man who wears a lot of jewellery’."