"The Edinburgh festival is very different in location and content from the Woodstock festival. But compared to the Fyre festival on that Netflix documentary there is certainly some overlap. Huge financial losses and enormous hubris to name a few."

A better question is surely WHY would I describe my show? I DO my show, other people can describe it. We all have our roles to play.

I actually don’t, I’m being forced into it by my hostage-takers but they feel confident everyone will read this answer and think I’m joking.

Well the Edinburgh festival is very different in location and content from the Woodstock festival. But compared to the Fyre festival on that Netflix documentary there is certainly some overlap. Huge financial losses and enormous hubris to name a few.

I was motivated very much by feeling that other jobs would be harder for me than a life in comedy. My inspirations were largely older unhappy people in Yorkshire who’d never aimed for anything, and grumbled their way through unhappy lives and then died.

I’d be an extremely demotivated member of a team somewhere. I picture myself in a low responsibility job that other people didn’t like doing, but that I could do whilst dreaming of being a comic. Perhaps one of the people who cleans up after a murder or a traffic accident.

A comedian but with more talent, work ethic, and success than me.

Watching a sex offender paint a picture on tv.

I have no notion there is any public sentiment about my work at all.

Seneca the Younger to help me get through this sort of interview.

I’m a hugely reluctant advice giver. Fathom it out yourself and remember you can learn from both good and bad experiences. In life and art.

I’m only recently on Instagram and even that I expect I’ll delete at some point.

Alun Cochrane’s new stand up show ‘Brave New Alun’ will be at the Pleasance Courtyard Cabaret Bar at 9.20pm from 31st July – 25th August for tickets go to www.edfringe.com 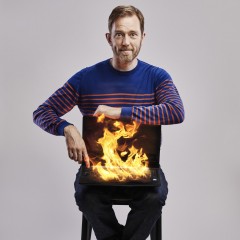 "The Edinburgh festival is very different in location and content from the Woodstock festival. But compared to the Fyre festival on that Netflix documentary there is certainly some overlap. Huge financial losses and enormous hubris to name a few." 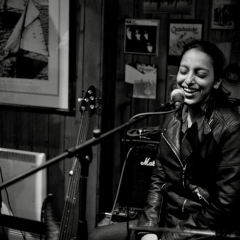