Caroline Bray is an experienced professional in the arts world. Here’s her viewpoint on the arts and heritage industry.

I’m Caroline Bray and I’m an arts education consultant who works for Arts Award two days a week. I also do other freelance work, including evaluating projects and helping people develop projects for young people.

What does your role involve?

The role I have with Arts Award at the moment is business development with the arts, cultural and youth sectors. This all sounds quite grand but it basically means talking to organisations that are interested in doing Arts Award - or that I think should be!

I’ve worked for Arts Award for almost 12 years, starting out working across all types of organisations in London, then focusing on how to make it work for museums and heritage organisations. I’ve been focussing on arts, culture and youth since April and because of my years of experience I can usually find a way for an organisation to make it work for them as well as the young people they work with.

What’s great about your role?

Probably my favourite part is putting people in touch with each other. This is the advantage of working across the whole of the UK: I might be talking to someone in Northumberland and know that someone down in Cornwall has done the thing they want to do, so I put them in touch. One of the wonderful things about working in the arts is how generous people are with their experience.

How did you get into your current role? Anything unusual?

It’s been a long and winding “career path”! I didn’t enjoy school except for doing school plays and youth theatre. I did props and wardrobe and liked the idea of studying theatre design but it was a grammar school, so such un-academic ideas were not encouraged.

I left school and set up a fashion design business with a friend, which was interesting but not profitable, and next I worked with a couple of other women designing and making ball gowns and wedding dresses. It was the 80s so I made endless copies of Lady Di’s dress, which got a bit boring! I worked for another dressmaker, making stuff for her stall in Camden Market, then went travelling for a while.

When I got back my mum, who worked for a pension company said, “you need a job, my girl” and I started there as a temp. Over the next 14 years I managed the admin team and budgets for the IT department, trained as a project manager and did some Business Process Re-engineering (I specialise in impressive titles!). It was well paid and meant I could buy a flat but what I really wanted to do was a job that made a positive difference to people.

I got the push I needed when I made redundant with a good payoff that meant I could afford to spend a couple of years doing a Masters in Museum and Gallery Management. A whole new world opened up as I realised that what really interested me was how museums use their collections for education and social comment. I also worked part time in a small museum, where the director was doing the same MA, so we learned the theory one week and put it into practice the next!

I’d applied for a number of jobs before the Arts Award in London role and was incredibly lucky to get it. One thing I’ve realised is that every job I’ve done has its useful parts, even if it didn’t feel like it at the time. I learned how small and big businesses run, saw useful examples of interpersonal behaviour (and some I swore never to emulate), managed huge budgets and learned that Project Management is basically being organised, just surrounded by jargon.

This is a hard one. I still get a huge kick every time I have a conversation that ends with the person I’ve talked to saying they’re now confident and enthusiastic about Arts Award.

A more personal achievement was walking out on stage at the Buxton Opera House in front of about 2,000 people totally unprepared because the person who was supposed to be doing the Arts Award talk was stuck on a train! I have no recollection of what I said but met someone later who told me they had got involved with Art Award as a result.

What’s it like having such a broad role? How have you learnt to organise and prioritise?

I think the project management background helped: I’m good at defining what needs to be done and breaking work down into manageable chunks. I always spend time checking with whoever I’m working for exactly what it is they are expecting me to do so there are no nasty surprises. I’ve learned that if there’s something you really don’t want to do the best approach is to get it out of the way!  Then you can get onto the rest without the cloud hanging over you. I like having new things to get my head around: I did an evaluation of a STEAM (science, technology, engineering, arts, mathematics) programme and it was fascinating to research the background of STEM, how it’s becoming STEAM and the arguments around whether it should.

I guess it was after I’d been made redundant. My dad died a week later and I was in a bit of a wilderness. I wanted to work in a museum but kept applying for jobs and getting nowhere despite having the experience they wanted – except for having worked in a museum.  It came to me in a blinding flash that what I needed to do was go to University to show that I understood museums even if I’d never worked in one.

Can you give us an example of young people engaging in a heritage or cultural organisation?

I’ve heard about so many great projects! One of my favourites was at Ancient House museum in Thetford. The young people choose objects from the handling collection, leaving a form to say where they had gone just like museums do when they take something off display. They researched their objects and wrote interpretation (i.e. labels) then curated a small exhibition that linked the objects together using the theme of Roman banquets. They had learned how the way objects are displayed can make a huge difference to how you look at them by looking round the museum and about exhibition design by interviewing the museum curator. I love this project as it’s based on how museums actually work and gave the young people insight into the work that goes into choosing, displaying and interpreting objects.

Do you have any advice for young people interested in starting a heritage career?

Don’t expect to get rich! Pay in the heritage sector is scandalously low, especially for people starting out. The reason people still want to do it is that they get to work with some of the most amazing objects in the world, in some extraordinary places. I’ve also met a lot of passionate, dedicated, generous people in museums who are a joy to know.

How do you think museums can involve young people in heritage?

I think the main thing museums need to do is ask young people what they want and really listen to their answers. Don’t be afraid to try out new ideas: a friend was involved in creating themed evening events at the V&A, with music and performance. This was really innovative at the time but look how many museums do this now, and the new, younger audiences they reach as a result. 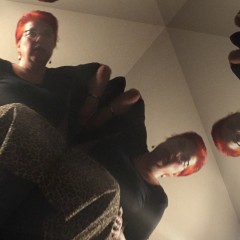 Caroline Bray is an experienced professional in the arts world. Here’s her viewpoint on the arts and heritage industry.