Voice MagInterviewsInterview with For O…

We speak to the founders of For Our Future's Sake (FFS), a young person and student led anti-Brexit campaign fighting for a people’s vote on any final deal

With the future of the UK hanging on a knife-edge, and the risk of a no-deal looming constantly over us, a number of organisations are now pushing for a People’s Vote on the final Brexit outcome.

One such organisation is For Our Future’s Sake, who have been instrumental in mobilising the youth voice on the subject. I speak to Amanda Chetwynd-Cowieson, Jason Arthur and Richard Brooks, the founders of FFS, about the organisation, what they’re fighting for, and why the People’s Vote is so important.

Could you first introduce yourselves?

Richard: I’m Richard, one of the co-founders of FFS. I’m from Dover originally, and became friends with Amanda, from Cornwall, when I was working for the National Union of Students! She was an elected student representative in Falmouth University and very passionate about youth voice. Jason and I met when we were both working together at a youth charity, and he’s a former Labour councillor and former youngest finance cabinet member in London.

Can you explain what FFS is about?

Jason: It’s simple. FFS is a youth and student-led campaign calling for a People’s Vote on the Brexit Deal. We do three things – mobilise young people and youth-led organisations to take political action, influence political parties and leaders to change their position on Brexit, and ensure that diverse young people are placed at the forefront of the media narrative around Brexit - using everything from traditional broadcast to student newspapers.

Talk us through the decision to start FFS?

Amanda: A group of us were in a pub talking through the issues with the Brexit debate that were being ignored; how it was pale, male and stale. We barely saw young people consulted on what they thought, and it felt like the same faces making the same false promises as 2016. Once we’d spoken to friends and students, it just felt like an obvious thing to just go for it and see what happened! The rest - as they say - is history.

And why did you set it up as a LTD? How do you generate income?

Jason: Our funding comes from a variety of sources - individuals, crowdfunding through our website and different other pro-EU groups. Lots of older people in particular get in contact saying they’re glad that young people are fighting for our futures! We’ve set up as an Ltd. simply because it’s far easier to manage and is more flexible. 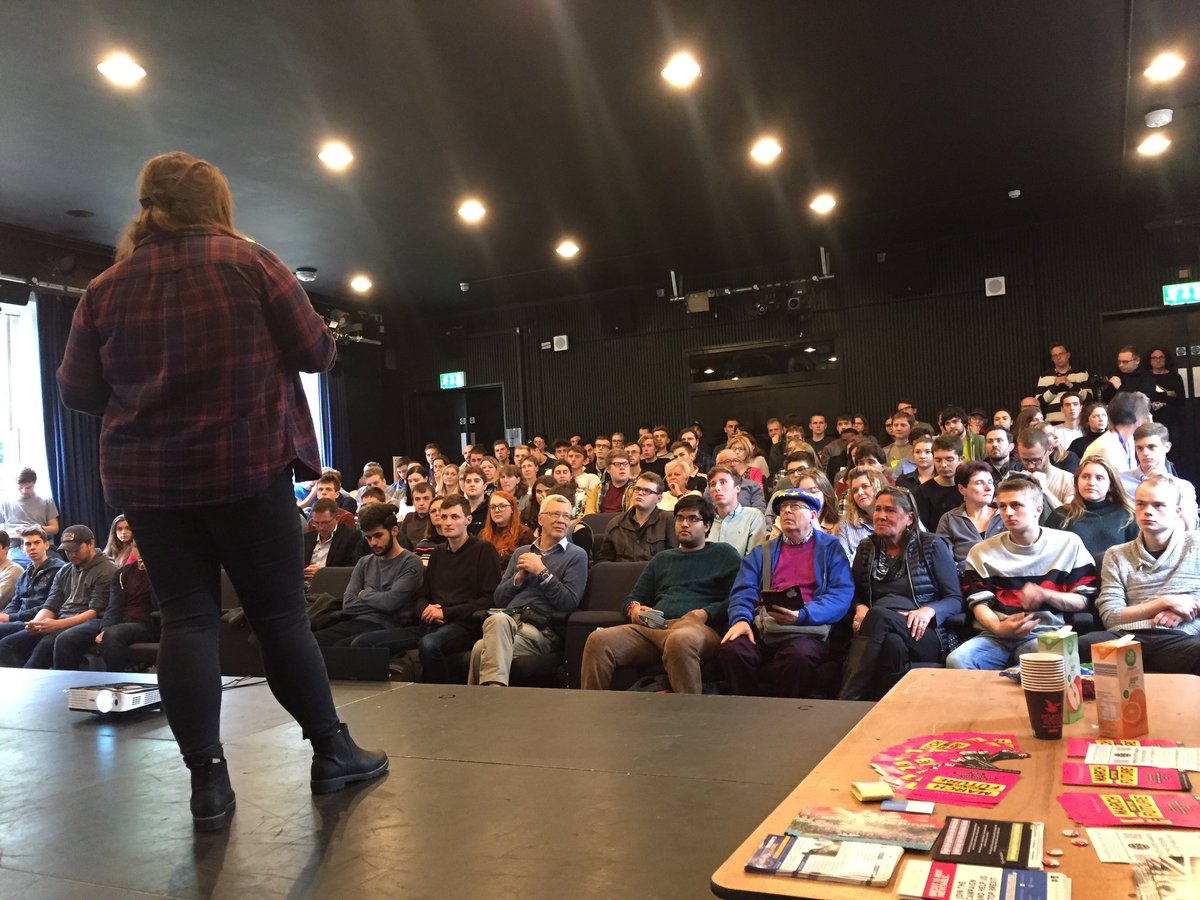 Your name, though tongue in cheek, spells out a particularly strong reaction to the future should your aim not be achieved. Firstly, how did you come up with it?

Richard: It’s one of those things. At the beginning we were trying to find a name that was tongue in cheek, showed the frustration that young people had with Brexit and was memorable. I was in bed one night and it just came to me - it could’ve been awful or excellent, to be honest.

And what are your predictions for the next five years for the UK if no vote is allowed?

Richard: The writing’s on the wall if Brexit carries on as is. There are the obvious things around the economy stalling, jobs going abroad and limited opportunities for young people. But there’s a bigger question about what it would say about UK society. We know hate crime would almost certainly rise, and that millions of young people would feel they’ve been forced into a poorer future that they didn’t want.

Being largely focused on mobilising the youth voice, how have you found their response to be?

Amanda: In December last year, a report said that young people were ‘devastated pessimists’ – they knew their futures were being traded away but they didn’t think they could do anything about it. When we first launched, a lot of people hadn’t considered a People’s Vote as it was never an option that had been given to them. Now, we have activity occurring on near to 100 campuses, Students’ Unions are changing their position on Brexit consistently, and some of the largest youth organisations in the country support the campaign. I think it’s easy to forget, but the National Union of Students was one of the first organisations to officially back the idea of a People’s Vote back in March - and the momentum since then has only gone in one direction.

Do you engage with other demographics, eg. the over 25’s, and if so, how has that conversation gone?

Jason: Absolutely. We’re keenly aware that for us to win a People’s Vote, we need to convince older people who voted Leave last time to change their minds. We know that when young people speak to older generations about their fears for a post-Brexit future, it’s incredibly effective. That was the basis of our ‘Brexit is the fight of our generation’ work around Labour Party and its annual conference, where we were using younger activists to target older members. 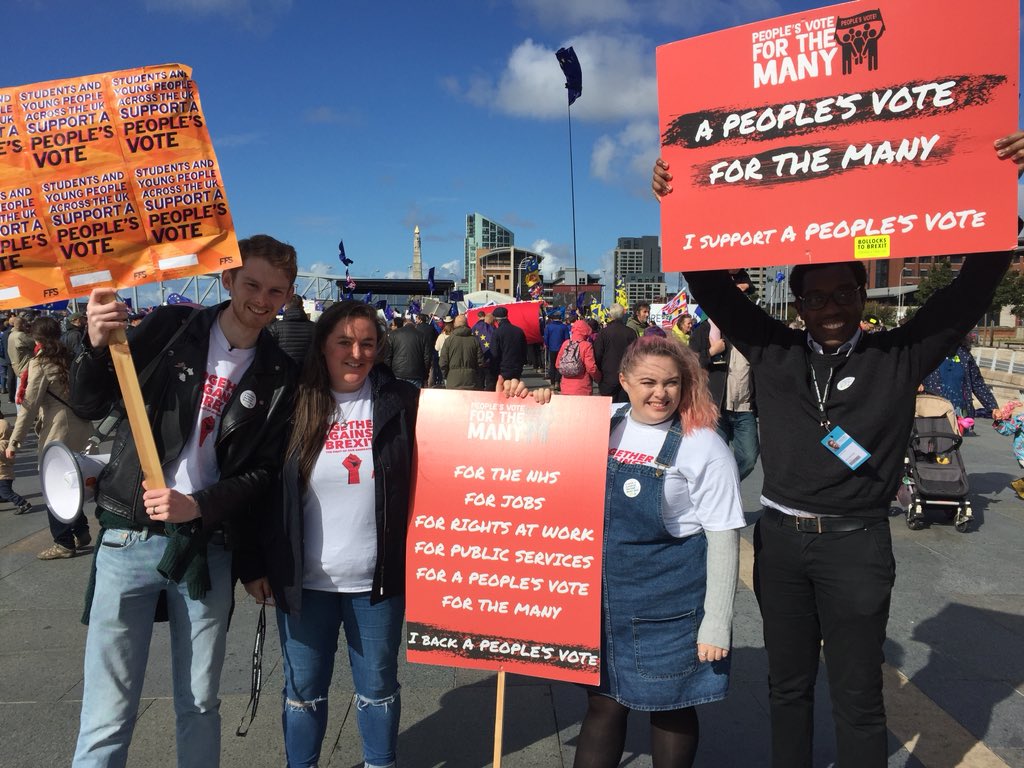 The Labour Party is mentioned a few times on your website. Is FFS non-partisan, or are there particular party affiliations?

Amanda: We’re proud at FFS to be genuinely cross party - from Labour, Conservatives, Lib Dems and Green - as well as Plaid Cmyru, SNP and SDLP in the nations. What we are clear about is that the Labour Party as the official opposition hold the key to delivering a People’s Vote. It makes sense we focus - but not exclusively - on Labour, which is what we did in delivering the change in Labour’s Brexit policy at their annual conference.

Tell us about some of the activities you have organised so far?

Amanda: This is one of the bits I’ve enjoyed most about the campaign - the events and stunts have been so varied! From unfurling the 20-foot-long ‘Stop Backing Brexit’ banner at Labour Live in the Summer, to holding campus-based rallies attended by hundreds at places like Manchester and Hull - our campaigners have been so creative and varied in what they’ve done all across the country.

Diversity is an important component of FFS, both in your company make-up but in the voices you provide a platform to. Why is that?

Amanda: Despite the fact that Brexit is going to hurt marginalised communities such as women and people of colour the most, we are the ones who seem to have the fewest opportunities to shape our futures. Brexit is nothing if not a triumph of privileged old white men forcing their agendas on everyone else, and we would argue that the only way we can win a People’s Vote this time is through the diverse nature of the people of the UK.

What are the details of the People’s Vote March?

Richard: On October 20th, over 100,000 people from across the United Kingdom will be marching on Parliament to demand a People’s Vote.

We are congregating at Park Lane at 12pm, and the rally will be hosted at around 3pm in Parliament Square. Details will be shared this week about the wonderful and diverse young people and speakers who will be taking part!

Can you explain your connection to People’s Vote UK?

Amanda: When we launched, other groups reached out to us pretty quickly, and only a couple of weeks later the People’s Vote Campaign officially launched - it made sense to join up with such a broad range of other groups working towards the same aim as us! We’re really proud to be one of nine organisations who make up the People’s Vote campaign, and in particular are proud to have put young people at forefront of the growing movement of people calling for a People’s Vote.

The option of a People’s Vote has become a real possibility in the last few months. What would be your ideal ballot options?

Jason: It’s obviously for Parliament to decide, but my personal preference would be that there are two options. Whatever deal (if there is a deal!) that Theresa May manages to cobble together, versus the current benefits we enjoy as a full member of the European Union. 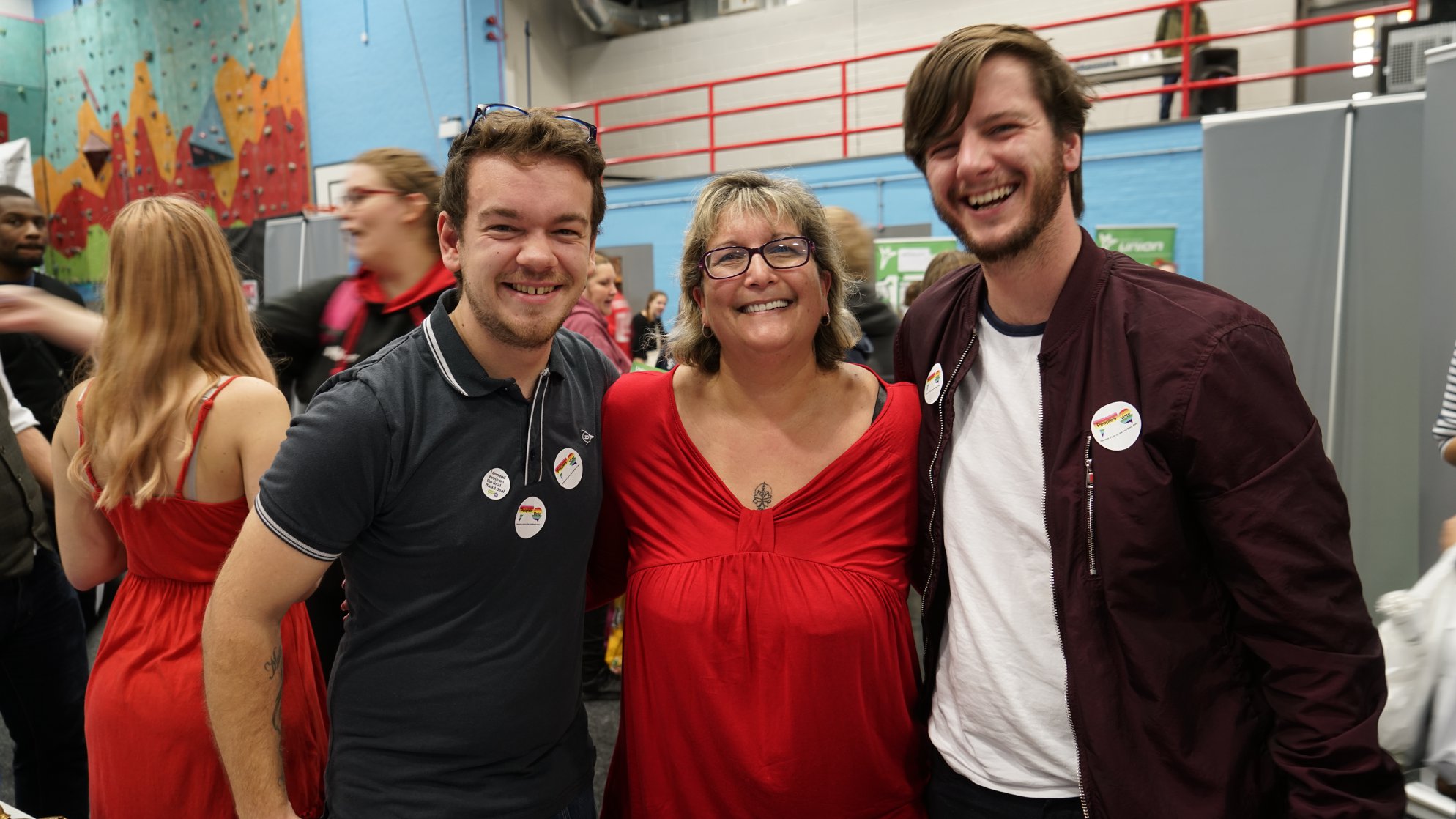 How do you respond to those who say we should respect ‘the will of the people’?

Jason: We absolutely are. We would argue two things. One, it’s becoming painfully clear that the gap between what was promised two years versus what is being delivered on people’s doorsteps grows every day. People didn’t vote to be poorer, or have less funding for public services. That is the reality now.

Secondly, the will of the people has changed. Every week we have people changing their minds and young people become old enough to vote for their futures. Who is the least democratic - groups like FFS who want the people to have a vote on the biggest issue of our lives, or those who are terrified of people’s judgement on their shoddy Brexit?

Want to find out more about the People's March?  Hear from one of our team who was there... 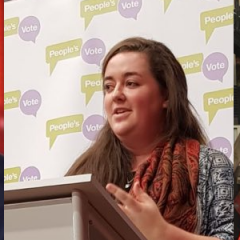 Interview with For Our Future's Sake

We speak to the founders of For Our Future's Sake (FFS), a young person and student led anti-Brexit campaign fighting for a people’s vote on any final deal

Welsh independence to be considered by new commission