We catch up with organic-acoustic-hip-hop three-piece, Prose, about making music and world tour amibitions!

How did Prose come about?

We first started when Mike wanted to make music with a more live sound, so got in contact with his cousin Dave. Dave introduced Mike to Lee who was at the time in another band. We all got together and wrote a song and from that, we just carried on meeting up and writing songs together, it wasn't till a while later we decided we should do this officially as a band.

What ’s great about your group?

We feel like there's not much out there like what we do, even if there are groups with a similar set up we feel like our approach is a lot different than most artists. We mix and combine genres and most of the time don't realise we are doing it. Each song is different too, we have different pockets of sounds and songs that could belong to different bands but it keeps it exciting for us and hopefully for the listener too.

What are the challenges you’ve faced so far?

The biggest challenge we've faced so far is trying to break through to bigger audiences in an ever-growing industry when our sound is so hard to pigeonhole.

What are the highlights of your individual careers to date?

For me (Mike) I would say it was seeing our debut album on the shelves of big name shops like HMV, somewhere I spent a lot of time listening to music as a kid and imagining one day to have music in there. Also, touring around the U.K. has always been one of my favourite things to do in the band! 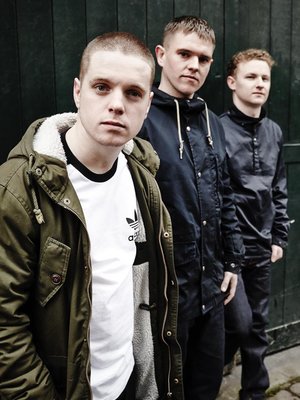 And for me (Lee) I would say the main highlights are the culmination of everything being put into a gig on a massive stage such as 'reading & Leeds' and 'Parklife' main stage! Also, all the stuff we have done with football, such as premier league show, MUTV and being played in stadiums around the U.K.

We have various individual influences but also some crossover ones too, such as Red Hot Chili Peppers, Oasis, Eminem, Tupac we could name loads!

Do any of you have any music qualifications? In what ways do you think this has helped you in your music career?

Mikes a college dropout and Lee finished Uni with a degree in music! I think it helps for working with other musicians and Lee previously taught guitar which helps Mike out every now and again. But, on a creative scale, we feel like if you have it you have it regardless.

What are your long-term music ambitions?

WORLD TOUR! We wanna have a sustained music career and travel the world playing music and build a large strong fanbase that will support us until we decide to retire. A couple of houses dotted around the world with studios in them wouldn't go amiss either!

Do you have any tips for other people looking to get a career in music?

Start now. Just make music and put it out, there's nothing more important than content and building that fanbase so if you want to create music or to create music, put it out there for people to hear because it's literally the only way to get heard.

We have a Spotify and Youtube channelwhere you can listen to our stuff, we have some new music coming out before the end of the year and plan to release a lot all throughout next year! Check out www.prosemusic.co.uk for our socials! WE'RE COMING!

For more music content check out our Doing a Trinity Music Qualification Voicebox. 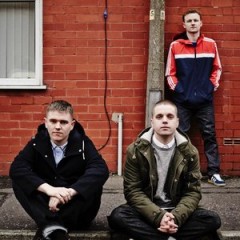 We catch up with organic-acoustic-hip-hop three-piece, Prose, about making music and world tour amibitions! 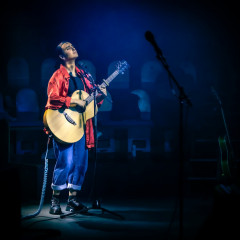