We catch up with the team at Clay Party, stars of brand-new dramedy, Outside, produced in association with the Pleasance Trust, currently at Edinburgh Fringe!

Hi, Eddie (writer and actor) and Josh (Director). Tell us a bit about Outside and how you came to be involved.

Eddie - We were in a company called the Young Pleasance a long time ago when we were all at that stage of life where you’re working out what you want to do and acting a path we all wanted to follow at the time. We had a lot of foundations with them, built a lot of our understanding of each other. It was a very helpful place to get to know people and when you go off and make the decisions that you make in life you can always go back to each other. The four of us from Young Pleasance ended up at the same university. It’s a great university for the arts and it has produced a lot of very successful fringe companies who are building up to being genuine theatre companies.

How did Outside begin?

Eddie - I sent Heather, the associate producer from the Pleasance Theatre, an email with a vague pitch and she said, “we’d like to meet you.” So we went to meet her, and then on my way to meet her, I thought wow I’m going to pitch a show that I haven’t really thought through. I knew what I wanted to talk about, but I didn’t know really what on earth it was.

What shape was the idea at that stage?

Eddie - There were four major terrorist attacks last year, and I was watching a documentary called The Four Days that Shook Britain - it was just told through eyewitnesses. What they were talking about was the scale of it, and how the terrorist issue is something that used to be grounded in symbolism and grounded in locations like Westminster and then taking that to Manchester and to an audience of mainly women and young children at a pop concert. That’s such a change in the discourse that it kind of changed the identity of what we understood as mainland terrorism.

Josh - Things like Bataclan is just so spread out, you can walk down the street and get hit by a van and that’s now terrorism. It’s just diffused and it’s everywhere.

Eddie - The last one, the Finsbury Park mosque attack, was this white guy out of pure hatred attacking these Muslims who had just gone to pray at the mosque, and there was this debate around ‘well what do we call this now?’, and there was very strong opposition to calling it terrorism. My idea came from that, I thought wouldn’t it be interesting to explore the male side of what’s going on, rather than the mindset of a terrorist, wouldn’t it be interesting to look at why it’s a) men and b) what’s driving the men.

Toxic masculinity is such a blanket term, but it all comes to why men can’t deal with not having control, and it was all about dominance and control. A lot of terrorists have a history of domestic violence in their family and upbringing. At the same time, this Incel (involuntarily celibate) movement had announced their own jihad against women. It’s horrifying.

Josh - Eddie had this idea already about these attacks, and about a world in which these attacks have become so prevalent, that the government became a militarised state and implemented a curfew, everyone between dusk and dawn has to stay in. No-one outside. All of that was already there, and the original story was about these three mates who were celebrating the end of this curfew and what that freedom might mean for them, and we were trying to find a way that we could meld the micro world of these three mates having a party and the idea of their freedom, and the macro layer of terror and male rejection and violence.

What influenced your writing decisions?

Eddie - I just think comedy is the best way of getting any message across.

Josh - There’s a theory isn’t there that comedy is just being told the truth in a surprising way.

Eddie - Exactly. The writing process has become longer than it first seemed because it’s a really big thing. There’s no point in putting on something people don’t care about. We got the whole team around, and I printed the script off and said, ‘well this is far as I’m going to go on my own with it’ and literally line by line of a whole script made massive changes as we went through. We’ve got three girls, three guys all talking about how this is going to appeal to an audience of the fringe especially, and it’s going to get our opinions and our points across. It’s been a very collaborative and organic process. Josh was so much more than a director, he was essential. I don’t know where we’d be. I was writing a three-act play that could have gone on for four hours. Josh suggested it should be set in real time.

Eddie - We talk about them too much probably.

What do you think is the importance of music, art and theatre to explore issues like terrorism and toxic masculinity?

Josh - A friend of mine used to say that the theatre was an empathy machine, which is really interesting. Humans are story driven creatures by default. The only way we know how to relate to the world is by creating stories about it that allow us to see the world in a particular way. I think for me, the fact that there are real bodies on stage having real interactions with each other, you become part of that world in a really strong way.

What were the challenges of making a play set across a real-time hour?

Eddie - Well the curfew really helps with that hour. I hate plays where I go, I don’t know how it’s going to end and it could go on for another four hours. At least you know that this is going to end in an hour.

Do you have any advice for young people looking to get into a career in theatre?

Eddie - Generally the best advice I can give is to make friends with people you think are better than you at the jobs that you like. Make friends with people you need to match. Be the smallest fish in your circle, if you can be. Acting wise, I would say don’t ever feel like you’re not doing enough, if you do too much that’s when bad acting happens.

Josh - The scene will engender the emotions for you. From a directing/producing point of view, the only way I’ve been able to direct is by having wonderfully talented actor mates who occasionally come to me to ask me to help them with stuff. In terms of getting a career in the arts, keep pushing into what intrigues you what interests you. Eventually, you will find the pathway that is right for you. Just keep looking forward and don’t worry so much about the end destination.

Eddie - Make your own work. If you want to act and you’re not acting then make your own stuff.

Josh - Learn how to produce and direct.

Eddie - Start your own company, which is what we’re doing, and having a great time doing it. It’s nauseating but exhilarating.

Catch Outside at the Edinburgh Fringe Festival August 6-12, 14-27: https://tickets.edfringe.com/whats-on/outside

Read a review of Outside by Clay Party: https://www.voicemag.uk/review/4392/outside 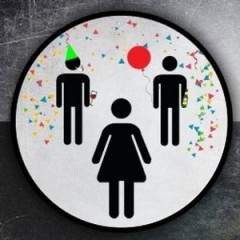 We catch up with the team at Clay Party, stars of brand-new dramedy, Outside, produced in association with the Pleasance Trust, currently at Edinburgh Fringe!