Considered controversial in the state of Bavaria, Germany, and subsequently banned in their hometown of Regensburg, bambule.babys talks about feminism and patriarchy, rape, #metoo, and how all of this is explored in their new show Baby Paradise.

Could you first introduce yourself to the reader?
We are bambule.babys, a German performance collective. I'm Anna Valeska Pohl, the creative mind behind bambule.babys. With Baby Paradise I will be performing a really bizarre solo piece at the Fringe. By my side is Michael Pöpperl who is co-founder of bambule.babys.
Through our art we want to give a voice to 'the others' in our society. Since I'm a feminist, I tell a lot of female stories. Our name 'bambule.babys' has its origin in the screenplay 'Bambule' by later German RAF terrorist Ulrike Meinhof about a girls' riot in a community home. But we are equally interested in those moments when we are as vulnerable as little babies, because then we might be open to transformation. We are homesick for a better world.

Tell us about your show?
When you visit our show 'Baby Paradise', you will enter a bizarre underworld of desire and oppression. Baby is a prostitute and a specialist in interacting with Barbie dolls. She is ready to entertain you with her special Barbie doll-porno-choreography. Every person in the audience becomes Baby's customer.
It's a feminist piece. 'Baby Paradise' visualizes experiences we as women have, including rape and abuse. Part of the inspiration came from my own relationship with a sex worker. My aim is to deconstruct our patriarchal 'rape culture'. In spite of this rather dark side I feel the piece is also light. There are a lot of grotesque moments, for example when Hades, the only male doll, rides on Baby's back, when Baby smokes Barbie dolls or when Baby tells her stories from the business.
At the Fringe we present 'Baby Paradise' in two serial parts. You can visit either of the parts and you can come back days later to see how Baby's character has developed. Every night there might be something you haven't seen before like in a real peep show.

Why do you want to perform at Edinburgh Festival Fringe, and is it different from other festivals?
We love the unique spirit of the Fringe. You can discover amazing shows by amazing artists, while delving into a vibrant, totally inspiring environment. But what's most important to me is that the Fringe is a place where you can find a community of people who believe in the value of art and artistic freedom. As radical artists we've experienced that it is not always easy to find a place for boundary-pushing work that questions the society we live in. Edinburgh definitely feels like a home for us.

What first motivated you to enter the industry? Who were your inspirations?
To be honest first I didn't have any idea that an art industry exists. I just wanted to become an artist in order to express freely both what I feel and what my view on society is. For a long time in my life I felt unable to communicate, since I didn't come to accept society's definition of the reality we live in. Art became my language or my way to talk back and to speak up.

One inspiration for me as an artist is the work of German choreographer Pina Bausch. My work is not dance, but movement and image based. The themes Pina Bausch deals with like violence between the sexes is something I'm interested in, as well as in the opposite side which is love, connection and tenderness.

Do you ever feel any pressure to be a social commentator, or constantly update material to respond to events?
I definitely feel the urge to keep my art relevant to the audience's experiences, to talk about our current social issues. I've always been a very political person: art is activism. For example, 'Baby Paradise' has been developed over the course of the last three years. So when I started the #MeToo movement didn't exist and Trump wasn't elected yet, but now I've created a scene in which one of the Barbie dolls named Persephone speaks these crucial words 'Me too'. And there is another moment when Baby admits that she 'likes this guy in the White House'. With 'Baby Paradise' I talk about power, sex, control. Sexism as well as racism are discourses of power we have to deconstruct, in order to create a new social utopia.

Equally, do you feel there has been a shift in public sentiment that has affected your work?
We live in times of growing fundamentalism and neo-nationalism. People are more scared and want to protect what they consider their own. Bavaria, the part of Germany where we were born and raised, is very catholic. In March 2018 our performance 'My home is not my home' about homelessness was censored by the Department of Culture in our hometown Regensburg. Our work was considered blasphemous and pornographic. We found ourselves in the mid of a scandal and especially I was heavily attacked by several institutions, including the Catholic church.

But, when we performed our censored performance in underground bars, fighting for the freedom of art, a lot of young people could relate to our performance on a deeper level. I believe that a lot of us feel homeless like broken kids, but that's what makes us more political and sometimes even rebellious.

Describe the last year in 5 words or less?
Life changing, censored, but free.

What advice would you give to someone who wants to take a show up to the fringe?
There's much organisational work to do, but keep focused on your show. It's the one thing that counts. Everything else will fall into place one way or the other.

And what advice do you wish you'd been given when entering the industry?
You will definitely need the will, endurance and power of a warrior to prevail in the creative industry. Face your fears!

And Baby Paradise has her own Instagram, too:
www.instagram.com/the_baby_paradise 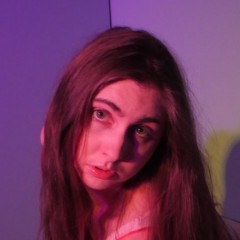 Considered controversial in the state of Bavaria, Germany, and subsequently banned in their hometown of Regensburg, bambule.babys talks about feminism and patriarchy, rape, #metoo, and how all of this is explored in their new show Baby Paradise.