Alex Edelman takes some time to talk to Voice about the show, inspirations, and give advice to young people.

I’m Alex Edelman. I like ramen and arguments and I’m a comedian and I’ve always had pretty nice success at the Fringe, thank god. I am Jewish and American.

It’s performed by me. Alex Edelman. The fella from the above question. I went to a meeting of white nationalists in the United States and things got very weird and I talk about that and a bunch of other things. It’s pretty good, actually. It was nominated for Best Show at the 2018 Melbourne International Comedy Festival. They call that award the Barry. It was exciting.

That’s two questions, innit? It’s the biggest festival by far and I want to perform because honestly I love doing intense, hour-long comedy shows every day for a month.

Great pieces of comedy like Mel Brooks’ “The Producers,” Albert Brooks’ “Defending Your Life” and albums by US comedian Brian Regan.

No. I write new material about events and comment socially because you would too if you were a comedian.

Not really. Why? Did someone say something?

I don’t know. People are always worried and concerned and progressively more touchy about stuff but you just have to roll with it. Imagine genuinely complaining about overly intense political correctness - which is definitely a real thing - instead of the issues that are causing it. That would be a truly miserable position to take.

Be as ready as possible. Know what you want to get out of the month up here and go for it. Don’t do Cabaret. Just have a good time. If you don’t enjoy this, then this place isn’t for you at all.

Chill out. It’ll all happen.

My name is Alex Edelman and that name is my Twitter name. Google does a bang-up job, otherwise. 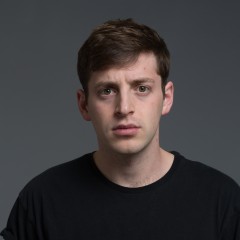 Alex Edelman takes some time to talk to Voice about the show, inspirations, and give advice to young people.