Samuel takes some time to talk to Voice about Statements, his inspirations, and give advice to young people.

I’m Samuel Clayton and I am the writer and performer of Catapult Theatre Company’s play, ‘Statements’.

Daniel is obsessed with Jazz, but the world is too loud a place to hear what’s going on. Javeed doesn’t understand a word, but happily communicates with anybody by smiling. Toby makes a lot of noise, but nobody seems to listen…

An exploration of Asperger’s, Down Syndrome and misunderstood emotions, ‘Statements’ introduces you to the parents, teachers, friends and professionals who touch the lives of three very different boys with one shared hope in life. The play has been described as a “one-man whirlwind”, as over the course of 50 minutes the audience meet a variety of characters who all have their own experience of the world of Special Educational Needs (SEN).

The play isn’t a political lecture and the characters don’t rely solely on monologues to tell their story. There is a lyrical and poetic narrative connecting the disparate experiences of each character and the audience will leave feeling compassion for the individuals with a greater awareness for the ‘system’ as it stands.

I’ve wanted to perform at Edinburgh Fringe for a while but was keen to present work that I was passionate about. After the success of ‘Statements’ at the King’s Head and Bread & Roses earlier in the year and the 4 and 5 star reviews it received, it seemed like the perfect time to keep up the momentum and bring the play to a wider audience.

I’ve taken part in other international festivals and visited as an audience member in the past, but the unique quality which I believe Edinburgh has is how it transforms the whole city and encourages everybody to take an interest in other people’s work with such a generous spirit.

There really is something for everybody and as it’s continually evolving, no two years’ experience will be the same.

What was the inspiration for Statements?

The play is a direct response to experiences of working with children in numerous settings and aims to enhance the pursuit of effective education for people of all abilities and backgrounds. Like most actors, I’ve lost count of the number of ‘day jobs’ I’ve had, but some of the most rewarding experiences for me have been in a classroom, working alongside children with a range of learning difficulties. I’ve had long spells without any acting work but knew that I wanted to build on my work with children in a creative context, rather than feeling frustrated due to a lack of auditions! The children characters in the play aren’t carbon copies of certain individuals, but there are many strong parallels to some of the children I’ve worked with and so I wanted to do justice to their stories without any attempt to present a caricature or mimic certain idiosyncrasies.

What research went into it?

Prior to beginning the writing of the play, I had about 3 years’ experience of working in a variety of schools and was able to keep in touch with many Teachers, Speech and Language Therapists, Educational Psychologists and other SEN professionals. Their insight into many of the short-comings for the current ‘system’ as it stands was invaluable, yet the passion for their job which they were able to share with me was humbling and I was careful to make the content I decided to include as accurate as I could, to honour all of these voices.

Outside of this I did lots of research into the specifics of certain conditions and found some wonderful documentaries.

What were some of the challenges in producing the show?

Given the subject matter, the last thing I wanted was to do was present a lecture. After creating a basic structure, I played around with different ways of bringing each character to life and began to focus on the idea of certain characters speaking in verse. This wasn’t to make the writing overly-stylised, but to give key moments in the play a certain rhythm which would highlight the characters’ plight and which would help to make their point clearer. I’ve always appreciated poetry and so it was important to me to get this right!

Other than this, it was many of the common challenges such as being specific with marketing to entice audience along and finding the best venue. ‘Statements’ is in the Wee Room at Gilded Balloon’s Teviot, which as a 50-seater space is actually the perfect theatre for this play. Much of the play is quite fast-paced, but some moments in the play really benefit from an intimate performance space and so we were very happy to get this venue confirmed. 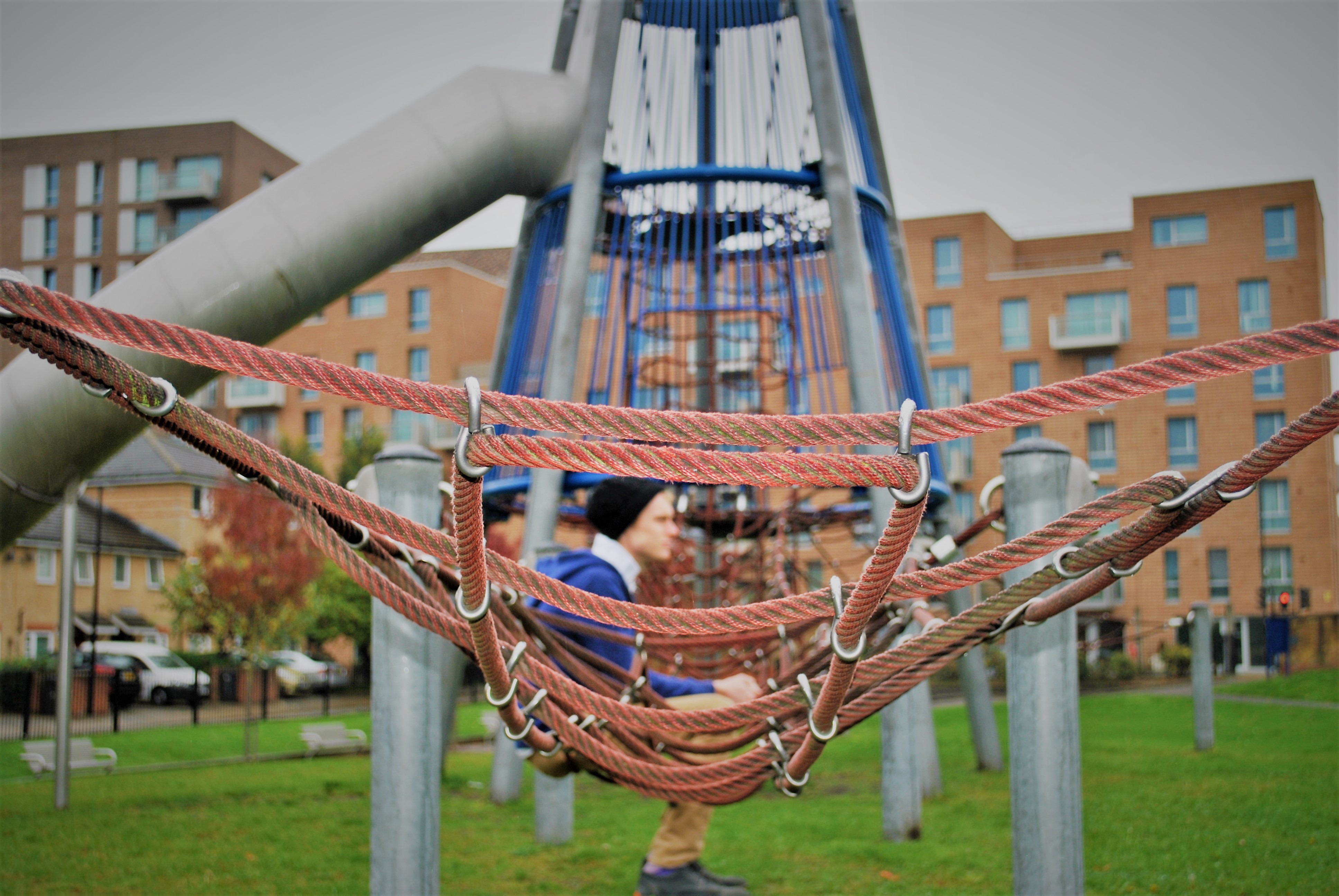 Did you have an audience in mind when writing the show?

I’ve done various Theatre in Education and Children’s Theatre over the years, and as effective as these can be, I knew I always wanted to share it with a wider audience. The themes explored in the play aren’t just relevant to school students or even SEN professionals for that matter. Ultimately, the play is about acceptance and how many people can fall through the net if they’re not given suitable support and so really it covers material that anybody should be able to relate to.

How have the Gilded Balloon supported you?

When Gilded Balloon first responded to my application, they were hugely positive about the play and have continued to make me feel at ease about the whole run, especially seeing as it’s my first Fringe! At The List’s launch party for Gilded Balloon, Pleasance, Underbelly and Assembly, I was able to talk to some of the team in person, with whom I had previously only exchanged emails. I had a great chat with the Head of Communications, Leah Silverlock, where we spoke about marketing the play and how I hope to develop it after the festival. I can’t wait to get into the space and start performing but I feel confident that Gilded Balloon is a great base to have for August.

Love the project that you’re doing. There are so many companies trying to lure audience to see their show that it needs a passionate sales-pitch. Budget as early as you can. The last thing you want is to pay for all the travel, accommodation and venue costs and not have anything left over to see as much as you can while you’re out there, which is all part of the experience. Networking is a key part of the festival, so I’m prepared for a few late nights and early mornings, but I’m going to be prepping some meals where I’m staying to save a few pennies for the bar!

How can the industry make itself more accessible?

Fringe Festivals like Edinburgh are a fantastic opportunity to see everything and anything at a substantially cheaper price than you would pay at a well-established theatre. Lots of theatres do some great deals on tickets, but if you miss these, the alternative is very often unaffordable. Watching theatre is a key part of an actor’s training between jobs and there’s been so much I’ve not been able to see because of this lack of accessibility. I completely understand the strain of venues due to lack of funding for the Arts, but it discourages a large proportion of creatives who would benefit from seeing certain shows from attending.

It’s easy to read the alumni of different drama schools and think that getting a place on a course is the first step in a big break to getting a life-time of successful work. While training, you’re performing every day and it can be tough when this stop. Keep your curiosity for life alive! You might not be able to rehearse in that cold dance studio or continue your animal studies project, but you can keep learning. Read, go to the theatre, do anything which keeps you creatively alive.

I wish I’d started making my own work straight away, as this discipline can be an invaluable tool to dealing with the rejection or silence that comes with auditioning. Of course, some great jobs can and do come along, but it’s very difficult to have any control over when or how frequent these will be. I would say don’t rely on other people or luck to get you noticed but think about what makes you excited creatively and just start to play with those ideas.
Don’t take yourself too seriously. We’re lucky that we get to be story-tellers and so as important as staying fit and being professional is, you need to have fun with the work that you’re doing.

Being an actor isn’t so much a job as a lifestyle. It’s hard work, so be ready when the jobs do come along!

Find us online at www.catapulttheatreco.com to discover more about the company and the play, including a trailer and production images. 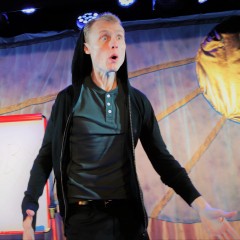 Samuel takes some time to talk to Voice about Statements, his inspirations, and give advice to young people.