Hello everyone, my name is Ingrid Garner, and I am at the Adelaide Fringe with ‘Eleanor’s Story: An American Girl In Hitler’s Germany’, which is a stage adaptation of my grandmother’s best selling memoir about her experiences growing up as an American in Nazi Berlin during World War II. And I’m also here with the sequel to that, ‘Eleanor’s Story: Home is the Stranger’, which details her time after the war, navigating US high school and dealing with war trauma.

Could you tell us a bit more about your grandmother’s memoir? Why did you decide to create a stage adaptation?

Well, when I was in university, I was very concerned - as many of my peers in the arts are - about how I was going to fit into the entertainment world. Living in Southern California I thought my only path to being an actor was going up and auditioning in LA everyday and I didn’t think I had the gumption for that, and I thought it meant I couldn’t be an actor - until I discovered Fringe Festival. I fell in love with the concept that you can write just for yourself, to suit your unique talents, and self-produce and travel the world and be given a platform to connect with potential audiences. I just needed a story to tell. And my ex-boyfriend pointed out that I had this really amazing story in my family and it would be a spectacular novelty to have the actual granddaughter playing her own grandmother, so it seemed like a good fit for my first foray into playwriting.

When did your grandmother write her memoir?

So the whole play is a true story?

Yes, it’s all 100% true. The only thing I’ve changed is when stuff happened, to suit a one hour plot, you know. Seven years in one hour!

Was it difficult turning it into a play or did it come naturally?

Yeah, well I had a good problem which was that there was just so much material, because it was seven years, so I’d say the hardest part was deciding what to cut because there’s so many amazing stories and I needed to decide if the stories were active enough to play onstage, as one person. As Stephen King said, it’s ‘killing your darlings’; that was the hard part.

Was the plan always to do it as a one woman show?

Well, when I made it it was with the intention of touring it as a Fringe show and being a solo show makes it so much more portable. My only props and set is just a trunk and two chairs so everything fits into my trunk and I don’t have to worry about that. Some people were concerned that I wouldn’t be able to enact how rich the story is with content with just myself but I think for these purposes it works well. Maybe one day I’ll turn it into a full-length play, or I think it would be great as a mini-series, one episode for each year of the war.

That would be cool! Has your grandmother seen the play?

Yes, she came to the premiere and she’s seen it a few times since.

Oh yes, she’s so overwhelmed with emotion - she said it was very emotional to see me play her family members. I play her, her parents and her brother in the show and several other characters, and it was emotional to see her family come to life onstage.

You’ve got the other show this year as well - is that also based off the memoir?

Yeah, some of it; the format of the new show is that she comes back to America and things she encounters in the present day cause her - because of the PTSD - to flashback to moments from the war, so the moments from the war, a few of them are from the book and a couple of them are new - a lot of the content in the new play is stuff that’s not in the book at all, that I just got from my grandmother.

So it’s all still true?

What do you think is special about the Fringe?

What I love so much about Fringe festivals is that the work you see here is so personal; it’s the performers basically exposing their souls and what their minds are capable of, and it makes the experiences so unique. And there’s this effort at Fringe festivals to stretch the boundaries of what theatre can be, as I’m sure anyone who’s been to a Fringe has experienced! Sometimes it works and sometimes it doesn't, but I think it’s so beautiful.

Are you going to keep doing the Fringe?

Yeah, I was just thinking about that because I’ve been doing ‘Eleanor’s Story: An American Girl In Hitler’s Germany’ for four years, and I think that’s quite the limit! So I have the new show, but I think I might try and expand into some other stuff. I actually brought a couple other shows here that weren’t dramatic at all; I did a kids’ show and I did a show where I played a horror hostess and we roasted bad movies live for an audience, but I thought maybe continuing with the autobiography theme…I’m really into P. T. Barnum of Barnum and Bailey Circus, so I thought I might do a show about being related to him and the Barnum family circus, and the actual, crazy, not Hugh Jackman stuff that went on with his life! That could be fun.

Why do you think the arts are important?

I think - particularly with shows like mine, where there’s an undercurrent with social change that I'm trying to get across - art allows these difficult topics to be accessible to the public, and I think - obviously my show is not a comedy, but many other shows at the Fringe are able to talk about difficult subjects through comedy and make it accessible and non-confronting. Even though my show can't be a comedy I try very hard to make my grandmother’s experience human, and there are light moments in it, and just show the humanity of war. I think art is very effective in that.

What’s been the most challenging part?

Well flyering is not fun! No one likes to be flyered but now your livelihood depends on it, and that’s tough. But I’d say one of the heaviest parts about doing this particular show is you ignite a lot of emotion in people, and they come up to me sometimes after the show, actual war survivors, whether they’re survivors of World War II, or I’ve had Syrian refugees in my show, I’ve had young people who are still going through this stuff come up to me and they relay a lot of their experiences, and I’m so happy that they do but it’s a lot to take on over time, on top of doing an emotionally draining show. It’s heartbreaking that it still happens but I feel so honoured that I’ve ignited that in people that they feel they can share it with me.

Do you think it’s a different experience at the Fringe for you, doing a serious show, than it is for, say, comedians?

That’s a very good question. I mean I’m not getting laughs during my show. I’m not getting people coming up excitedly after my show wanting to buy merchandise or anything, but I think I experience the Fringe basically the same way. I love indulging in seeing my friends’ shows - none of my friends really do drama, all of my friends are clowns and comedians and that’s the crowd I hang out with, so it doesn’t feel much different. Except no one comes to see my show because it’s too dramatic!

Finally, do you have any advice for any young people who want to get into the arts?

I’d say my experience is more in the theatre, very specifically Fringe; I haven’t even attempted to do film or television or regular plays, but I think the most important thing you can do is go and see stuff. Go and see theatre, and really take note of what you like about a show and what you found was effective and what was ineffective, and take that to heart when you’re creating your own works. When I saw other one person shows I knew instantly that one thing I didn’t like was when a person just stood on stage and recited a monologue, so when I did my show I made sure it was an enactment. That’s been the most effective informant in my work, so I think that’s the best advice I can give: go and see other stuff!

Thank you so much to Ingrid for taking the time to do this interview! 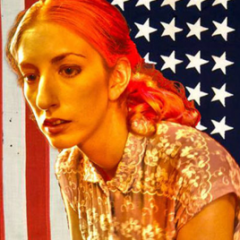 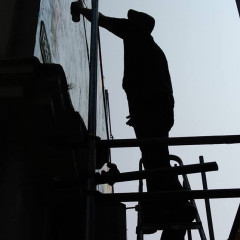 How to Make Street Art with Sinna One