Richard Gadd takes some time to talk to Voice about the show, inspirations, and to give advice to young people.

It is a comedy/theatre show which takes place entirely in my head while I run on a treadmill. It won the Edinburgh Comedy Award last year and is returning for ten days only.

It is an incredible festival. If I look back on the happiest moments of my life professionally and personally, they took place there.

It is bigger and bolder than any other festival. Usually festivals take place inside a city or town but a lot of the ones I have been to feel like cities which just happen to have a festival going on inside them somewhere. The whole entire city of Edinburgh becomes a festival. Art gets put front and centre. I cannot think of anywhere else in the world that embraces it as much as Edinburgh does.

I think it has become too corporate as the years have passed. Let's not forget the Fringe was set up as a battle against the Edinburgh International Festival which specialised in high arts catering to finer sorts of people. Arguably some parts of the Fringe have become as exclusive as its competitor with high ticket prices and massive overheads for performers. A lot of "paid" venues punish the acts with overheads of up to £6000 for the month. It is just absurd. The festival has become a victim of its own success and a way for PR companies and venues to make maximum profit off the hard-work of the artist. That is the biggest negative. Luckily the Free Fringe and the Pay What You Want venues are saving the day, but artists are still getting punished on the whole.

Laurel & Hardy, Ricky Gervais, Steve Coogan, Armando Iannuci – I mean I could list all the many, many inspirations I have had but there are too many. When I was growing up, that was the Golden age of British sitcom.

I like to think I would be following another passion. You need to follow a passion in life, regardless of whether you manage to make a living from it. So hopefully a footballer. Or a racing car driver. I'm too old to start those professions now so hopefully I am already doing them in a parallel universe somewhere and I can just skip between time-zones.

Laurel & Hardy. The Music Box. Comedy at its finest!

Absolutely none. People have started to define their identity online. I know friends who are so vocal and opinionated and aggressive online who are nothing like the people I know in real life. I think social media can be a dangerous addiction. I would much rather ground myself in reality.

No. I think morality when it comes to work is important but this "outrage culture" we live in will be the death of art is we start catering to it. If we are afraid to explore or discuss controversial topics out of fear of reprimand then what is the point anymore? If people are more sensitive now, all the more reason to use controversy in your work – as long as it comes from a good place and not just for "shock's sake."

Five words is not enough.

Hitler. I would take him skiing or something. I feel if he really got out of the city and embraced the air and nature, then maybe he wouldn't have been so cross all the time.

I am doing a paid venue this year – I feel going back to the small pub where the show made its name would be too much stress at this stage. The paid venues negate the "stress" of the Free Fringe with tickets and lights and full-time staff who make life easier from an organisational point of view. That being said, I think learning to take care of the full organisational side of things on the Free Fringe only makes you stronger as a performer and creative. It is the necessary hard work you need to go through to get better. Also, the money side is better for the artist. See my answer a few questions back. The Free fringe rewards the artist for its art. Paid venues punish artists for their art. It is that simple.

Work your ass off and don't stop trying for a second. Give one-hundred percent and do everything you can to get people in to see it.

Richard Gadd: Monkey See Monkey Do is performing at Summerhall at 23:00 on 18th – 27th August. For tickets and more information visit the Ed Fringe website. 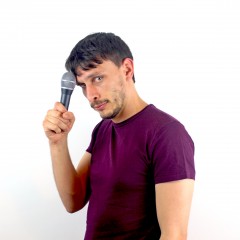 Richard Gadd takes some time to talk to Voice about the show, inspirations, and to give advice to young people. 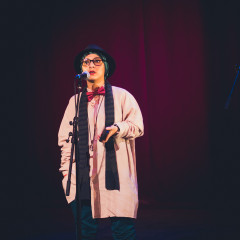