Joe Sutherland takes some time to talk to Voice about the show, inspirations, and to give advice to young people.

Hello reader, my name is Joe Sutherland. I'm a stand-up comedian and I like to keep a mental tally of how many horses I've seen per week. This week I have not left London and I haven't seen any mounted police so sadly it's zero.

It's about confidence, the spice girls and homophobia. I guarantee you it's hilarious, even though it probably doesn't sound like it. There's props and costumes and I've collaborated with filmmakers and wig makers because I like putting on a big, flashy, in-your-face show and I hate having money.

Because there is nothing more fun, if your idea of fun is seeing your own eyelashes turn white from stress. Growing up, my dad or grandparents took me to the fringe every year and it was great to see grownup performers actually enjoying themselves for a job. So I've just been trying to recreate that childhood idyll ever since.

Whether you're a performer or a punter, the fringe is all-consuming and I don't think any other festival is quite like an arts-Matrix in that way.

Despite having experienced it over the last 20+ years, I did so as a child, a teenager, a young adult and a not-so-young-more-like-just-regular adult. So, I don't think I can compare my memories of the Fringe, especially as it's only in the last 4 years that I've seen it from the performer's side of things.

I just didn't want a proper job. I've had loads of them now, because if you're not born into to it you've got to earn your money, which people in the arts seem to forget from time to time. But living like a highwayman, going from town to town to steal laughter, seemed like a pretty sweet life. Inspirations were, and still are:

Cleaning hotel rooms in a conference centre. I did it when I was 18 and it was probably the best job I ever had. You finish at 2 and you get a free lunch plus all the sachets of coffee you could ask for.

A wealthy, or at least solvent, comedian. As opposed to simply 'a comedian'.

Notting hill carnival. Probably 1991 or 92. Being overwhelmed by colour and sound and making friends with strangers.

Only if I see my peers absolutely nailing a political routine, then I'll be jealous for all of five minutes before I remember that the heights of my political punning came when I coined the name Ed Millipede.

I guess more people are in agreement that there's still a lot of inequality and a step toward dealing with that is better representation. So it's fun to be able to highlight and mock privilege even, or especially, my own.

It's felt quite long already.

I'd be one of Warhol's Factory boys, because it looks like it was brilliant carefree fun. But then everything probably is when you're up to your eyelids in Quaaludes.

It really depends on the needs and priorities of each performer or company and I guess the relationship you have with your preferred venue. For me, I like theatrics and formality, so paying for a theatre space is right for me this year, but maybe next year I'll just do a show that's me and a microphone.

Don't listen to me, I don't know what I'm doing.

Model/Actress will be on at 10.45pm at the Pleasance Courtyard, for tickets go to www.edfringe.com

Joe Sutherland: Model / Actress is performing at Pleasance Courtyard at 22:45 on 2nd – 27th (not 15th). For tickets and more information visit the Ed Fringe website. 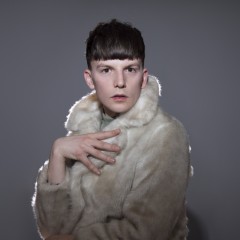 Joe Sutherland takes some time to talk to Voice about the show, inspirations, and to give advice to young people.