Astrid Rot takes some time to talk to Voice about the show, inspirations, and to give advice to young people.

Hallo, I'm Astrid Rot and I'm the drummer and singer from the band Die Roten Punkte (The Red Dots).

Otto & Astrid – Eurosmash! is like a massive party in your pants, which keeps you moving and dancing all night!

Because it's big…big is best, right? Actually I just love your hot chips, the way they all stick together like little toes jammed into a sandal with sauce on top. I dream about those toes…I mean chips.

Edinburgh is one of the most stunning cities in the world so there's that! It also has an incredibly old wooden skittle alley where you can go and drink and throw wooden balls around on your day off!

Do you think the Fringe has changed over the years? If so, how?

I think the Free Fringe is changing the Festival slightly, it's an interesting concept that makes it possible for performers to lower their upfront costs (which are MASSIVE).

Are these changes positive or negative?

I feel like it's still too soon to tell how it affects the festival as a whole, but I like that an artist could actually make some money at the fringe!

Otto and I saw David Bowie play at the Deutschehalle in 1990 when we were still kids and it changed our lives. We knew from that moment on we were going to be the Best Band in the World.

I like pancakes a lot and sausages too, so maybe I would invent a savory pancake that you can roll a sausage up in. Actually, I need to make one of those right now…

The drummer from the band Die Roten Punkte.

I remember my little brother Otto crying because he stood on a butterfly by accident. He's been vegan ever since.

No, I feel it is my duty to ROCK out and deliver the best concert the audience has ever seen. But Otto has been writing more songs lately about politics and fruits.

I think people really want to have a great time and for an hour or so, lose themselves in a world of dancing aliens, robots, lions, Burgerstore dinosaurs and bananas.

Do You Speak Dance?

For me it would be Chrissie Amphlett, such a rock goddess. I would love to have written and sang a duet with her.

Otto & Astrid: Eurosmash! (Die Roten Punkte) is performing at Underbelly, Cowgate at 22:10 on 3rd – 27th (not 9th or 15th). For tickets and more information visit the Ed Fringe website. 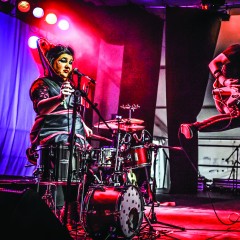 Astrid Rot takes some time to talk to Voice about the show, inspirations, and to give advice to young people. 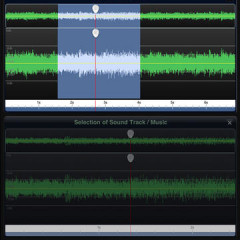