Rebecca Cox, Artistic Director of Familia de la Noche, takes some time to talk to Voice about the show, inspirations, and to give advice to young people.

Hi, I'm Becca the Artistic Director of Familia de la Noche. We are heading up to Edinburgh Fringe with two new shows: Beadledom: Alpha and Beadledom: Omega at the Underbelly

The Beadledoms are two new shows set in the headquarters of the universe. An infinite office block where the administration of the cosmos is handled by a countless army of bureaucrats. Imagine an endless version of the DVLA.

We focus on two workers in Beadledom who share an office, Max and Deborah. Max works on Alpha shift. It's his job to populate the universe with life, mixing the ingredients, inputting them into his life launching machine and firing them into the world. Deborah works on Omega shift. It's her job to remove life from the universe, isolating it using her extraction contraption and filing it carefully in her infinite outbox.

The two shows are twins but they are not identical. They can be viewed separately or they jigsaw together to make one big messy, beautiful, hilarious heart-breaking whole. They look at different aspects of life, death and human potential. Our beliefs and attitudes to them and what might make the difference between a brilliant flash of life and a dull flicker

This will be our 5th year at Edinburgh Fringe and we love it. It's a brilliant way to introduce people to our new work and to see what they think. It's wonderful to be part of the enormous explosion of creativity that happens every August.

The scale, the people, the city itself. Unique is an overused word but it definitely applies to Edinburgh Fringe.

We have been at the fringe for 5 years but we are still very much newbies. We learn something new every time we go. I think on some ways there has been a shift away from using the Fringe as a place to experiment and more towards a using it as a shop window for tour ready productions. We try and embrace both but it's a tricky line to tread.

I went to see a show at the National Theatre when I was 15 (** years ago!) It was a version of A Midsummer Night's Dream directed by Robert LePage. It was performed in a pool of mud and mixed circus, physical theatre and straight Shakespearean acting. It was beautiful and had such a sense of humour - It blew my tiny mind! Ever since then I've wanted to make work that mixes disciplines, is irreverent, beautiful, tells amazing stories and makes people laugh.

Probably renovating old houses. Familia HQ is in an old farmhouse in the Brecon Beacons that we renovated a few years ago. I learnt some bits of carpentry and how to do 3-coat lime plastering (I have the arm muscles to prove it). It's an incredibly inspiring place to work. When we're making a new show, the team moves in and it really focuses our creativity – there aren't many distractions apart from the views.

This one. I get to be silly for a living. Not many people can say that

My Great Uncle was an artist. He made incredible wood-cut prints. I remember sitting quietly next to him and watching him work and being amazed that all of the things he was creating just came out of his head. Unfortunately the drawing gene passed me by but I like to think I am sort of doing the same thing.

I find this really tricky. Our work is generally much more universal in its content and doesn't reference current events very much. However as the world changes I feel more responsibility to react to my surroundings and my environment. The inspiration for The Beadledoms came from our reaction to some of the education work that we do. Looking at the difference between young people who had ambition, drive and confidence to make choices and those that didn't and the difference that made to their lives.

Not that we've noticed. There is always the argument around the validity of the arts and our place as artists in the world. But as far as we can see it's an argument that has been around forever, they just occasionally change the words.

This is the best question ever. I am a massive science geek so I'm going to pick Caroline Herschel. She was a kick-ass 18th Century astronomer who discovered 8 comets and was the first woman to be paid for her services to science. She was a pioneer and it would be amazing to work with someone who excelled despite the odds. She was also really small just like me.

We've never performed on the free fringe, we have always opted to do ticketed events. For us I think it gives us the security of being part of the programme for a big venue, although the costs that go along with that are pretty daunting. We've seen some amazing stuff at the free fringe and I think it really suits some performers and companies.

Stockpile sleep, there won't be much 'til September.

The Beadledoms are at Underbelly Cowgate (Ironbelly) from 3rd to the 27th August at 2.50pm and we alternate between alpha and omega. We also have preview performances at Didcot Cornerstone on 25th July and Greenwich Theatre on 26th July.

Beadledom: Alpha is performing at Underbelly Cowgate at 14:50 on 4th – 26th (not odd numbered days)

Beadledom: Omega is performing at Underbelly Cowgate at 14:50 on 3rd – 27th (not even numbered days) 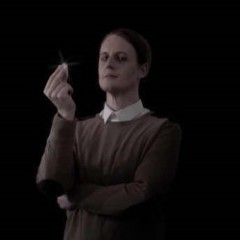 Rebecca Cox, Artistic Director of Familia de la Noche, takes some time to talk to Voice about the show, inspirations, and to give advice to young people.