Drennon Davis takes some time to talk to Voice about the show, inspirations, and to give advice to young people.

Please, address me as, Just Drennon at the Tonic. My show is MUSIC! My show is AMERICA! My show is GOD. If you believe in the concept of God as a creator, created by the us, the creators, whom God created, whom we created, etc., THEN YOU MIGHT ENJOY THIS SHOW!!! SPOILER:: Just like in real life, God is not in my show. How about a show analogy?! This show is like if a satirical, demented science-fiction musical had sex with your hot uncle. That's right, I said it - SEX. If you go to this show, you'll think about rough sex. If you don't go to this show, you'll also think about rough sex. You're thinking about rough sex RIGHT NOW. Now that we're on the same page, quick shout out to my partner DJ YEAH!! YEAH!! is the last dinosaur DJ in the world and doesn't understand technology but spins FIRE. OUCHIE!

Someone asked me to go when I was drunk and I said yes. In Los Angeles, being a yes-man just means you drink a lot.

It's impossible to try and explain the fringe to someone because everyone has very different experiences. I have described it like Burning Man for weird theater nerds, but I've also called it the largest Harry Potter fuck fest in the world. Everyone has a different reality.

I think the festival is slowly evolving. When I first came to the fest in 2012, not too many were using social media yet. There was still a lot of reliance on publications and posters. Hooray paper! On second thought, it seems the same, except we have smartphones now.

I've always been into the industry. Huge industry buff. Sure, I didn't know what part of the industry I wanted to be in when I was a baby, but I knew that I wanted that sweet, sweet industry money. As for my inspirations, I'd say Jerry Sinbad, Robin Redford, Keith Richardson and the rest of the Beatles. Shout out to my grandma. She liked Allie McBeal before any y'all.

I heard that there were cat agents for internet cats. That's probably the next industry that I get really into. If you ever need a cat to interview, let me know.

Everything is art when you're a child! I could fart in a bucket and it would be more entertaining and creative for a child than Picasso's entire collection. He'll think about that fart all day. Why is that not art? I suppose it is, but most art critics would give it an "F". But when you think about it, fart is mostly art and art is part of farts. Something to think about.

Not much anymore. I used to play the social media game a lot but my quality of life went way down. It's just a simple fact that we're not supposed to be looking at screens all damn day. I found that I tended to post more on social media if I was bored or depressed. When you get attention online, you think it's enough to sustain you as an active member of the human race but after years of doing it, I've found it to be false and detrimental. Now I only talk about myself in questionnaires.

Yes! People are starting to see a different side to my country. The UK is going through a similar situation. The rest of the world is starting to see how corrupt and inhumane extreme capitalism is. It's a harsh reminder that monsters still hold up in castles, and there are more castles than ever before. When Russia decided that America should have a racist orangatang president, we dropped a few points on our coolness meter. It's a lot like how Brexit made the English accent sound a little less smart. What I'm saying is, yes the show is doing well, but only because our countries aren't.

Make an amazing show. Get a good producer. And just have fun and be yourself. Unless you're supposed to be in character. Then don't be unless you should.

Imaginary Radio is performing at Just the Tonic at The Mash House at 17:00 on 3rd – 27th (not 9th, 14th, 21st). For tickets and more information visit the Ed Fringe website. 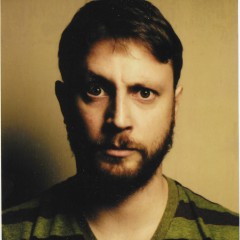 Drennon Davis takes some time to talk to Voice about the show, inspirations, and to give advice to young people. 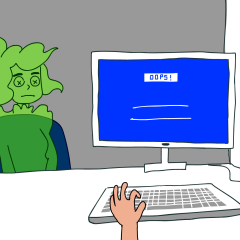