Richard Todd takes some time to talk to Voice about the show, inspirations, and to give advice to young people.

Richard Todd; man. At least that's what I say at parties.

Aesthetically messy. Intellectually considered. Anally Retentive. Actually, that's a lie, it's very giving. I wear my heart on my sleeve – a metaphor for how anatomically dangerous the show is. I also wear my teeth on my lips, a fact of how dentally neglected my overbite is.

Come August I usually find I have acquired a surplus of repressed emotion and need the prospect of mass rejection to help drain the sentient fluid from my body.

The location. And that it has given The Predator a chance to rehabilitate himself: once an intergalactic hunter now he finds solace as a living statue. I don't even think he even got a licence to perform at the Brighton Fringe. It this kind of unforgiving attitude that will drive him back to cosmic slaying.

The focus now is on arriving with something review-ready, but Edinburgh is the only chance I get to focus 100% on comedy and perform the show consistently, so the chances are I'll be work on 10% while I'm there. But that keeps it exciting. Some things are too polished. Like my mother's baubles.

I never watched comedy until I started; I wanted to be a writer. Still do. In literature, Gogol, James Kelman and Knut Hamsun's Hunger make me laugh.

By 'job' do you mean stand-up comedy? Hahahaha! Of course, you don't. My actual job is doing art workshops with vulnerable people, but I only do that as it affords me just enough time and money to live and do comedy… oh lord, this is the kind of question that the more you answer it the more you doubt your life choices.

Film director – until I lose the job after my employers deem wish-fulfilment as an inadequate qualification.

Sitting at my gran's with one of those colouring books wherein you simply brush clean water onto a picture and, as if by magic, various muddy hues appear. Exciting stuff!

Nope. As a person in society all events trickle down and inform even the most mundane of subjects. And likewise the other way round… Hence, when I talk about the names of salad you can be pretty sure Donald Trump is trembling.

I can't think of anyone I would get on with, only folk I admire, and I don't want to meet someone just to fawn over them.

If it's a solo show/two hander – stay sober. If it's a compilation show – get drunk.

The Counting House Lounge at 1PM. Follow the crowds, then make a break from the crowds and follow a map.

Richard Todd: Monsters is performing at Laughing Horse @ The Counting House at 13:00 on 3rd – 27th (not 14). For tickets and more information visit the Ed Fringe website. 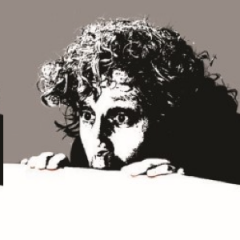 Richard Todd takes some time to talk to Voice about the show, inspirations, and to give advice to young people.