Caroline Mabey takes some time to talk to Voice about the show, inspirations, and to give advice to young people.

Oh hello, I didn't see you there. I'm Caroline. I'm the stand-up comedian who comes on wearing flip flops (March-November only).

Edinburgh calls to me with her Siren song, luring me to my inevitable destruction.

It just keeps getting bigger and more shiny and corporate, which I don't like (negative). But then there are the counter currents that surge up like Free Fringe, Pay What You Want and Heroes which has venues that still smell like venues did in 1993, the first year I visited the fringe (positive).

Oh, I don't like the fact that you just called it an industry. I mean I consider myself to be pretty industrious but the "industry" aspect of the fringe threatens to ruin the fun and magic. I was and still am inspired by Simon Munnery, Ian Cognito, Phil Kay. Industrialise them!

I'd probably be crying.

When I was about 3, I vividly remember Paul Hughes and Bibby Lofts poking a rabbit with a stick until it died. This was pre-Damien Hirst.

No. Events need to constantly update themselves to keep up with ME.

I'm doing both. Hedging my bets. Buying a ticket gives people a chance to invest in a show. Sometimes a free thing is hard to sell, because it appears to have no value. But a Free show also offers the possibility of taking a punt on an unknown quantity and discovering an unexpected delight.

Get out of my way. 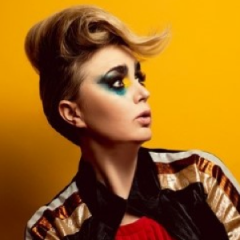 Caroline Mabey takes some time to talk to Voice about the show, inspirations, and to give advice to young people.