Baba Brinkman takes some time to talk to Voice about the show, inspirations, and to give advice to young people.

I'm a rap artist from Canada who does hip-hop theatre about scientific topics, just your typical "get rich or die of embarrassment trying" kind of story.

A white guy in his thirties explores the mysteries of the brain and human consciousness via gangster-infused hip-hop songs and jokes, and you are astounded by how well it all works considering.

I owe my career to the Fringe and my early success here, so at this point I'm just giving back.

The Fringe has changed like Brooklyn or Hackney: gentrification, unaffordable rents, marginally nicer stuff, price gouging, just as dangerous but with different ways to get mugged.

I wanted to be a cross between Eminem and Richard Dawkins, but since they had their respective fields sewn up, the Fringe seemed like the place to be.

Elon Musk has a cool job. I would trade with him if he wanted.

I memorised and recited The Cremation of Sam McGee by Robert W. Service at school at age 10. Ever since I've thought of poems and stories as ammunition and tried to stay locked and loaded.

Once you start with the social commentary people come to expect it, so I brought the pressure on myself. My new material features way more Trump references than a show about neuroscience reasonably should.

The more the political landscape gets blighted, the more people crave oases of sanity and humour. Good for the entertainers, bad for the world.

Everyone shows their ugly side.

If only my demo tape had come across Dr. Dre's desk instead of Snoop's in the early 90s, the history of gangster rap might have turned out very different.

Baba Brinkman: Rap Guide to Consciousness is performing at Assembly George Square Studios at 17:40 on 2nd – 28th (not 15th). 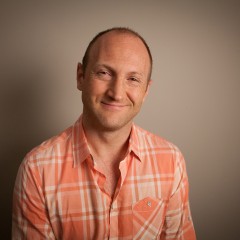 Baba Brinkman takes some time to talk to Voice about the show, inspirations, and to give advice to young people.