Alice Fraser takes some time to talk to Voice about the show, inspirations, and to give advice to young people.

I alternate between silly, uncomfortable and quantum physics.

Edinburgh fringe is the Mt Everest of festivals. It's the biggest, baddest, highest altitude cutthroat mud fight you can throw yourself into and it's a blast.

It's just… more of everything. More shows, later nights, longer days, harder work, better laughs. You get better as a comedian just from doing it.

I'm relatively new to the fringe, so I don't think I have a very informed opinion on this. The only constant is change though (thanks Buddhist upbringing), so I assume it's heaps different and probably not as good as the old days? Or better? I don't know.

I think I just fell into it. As far as playing with interesting ideas it was either comedy or becoming a professor, and with academia, the further up the ladder you get, the fewer people can even understand what you're saying. Comedy is the opposite.

See above. I'd be a mad lecturer at some university somewhere, probably trying to make my students laugh (the least cool thing you can do as a professor). Or I'd still be slogging away at a big law firm.

Probably this one but more so. It would be nice to not have to hustle. I hate hustling. I'm very bad at doing finger guns at industry things.

Dad took me and my twin to a retro screening of a Marx Bros movie when we were about three. I remember laughing hysterically and falling off a chair.

you ever feel any pressure to be a social commentator, or constantly update material to respond to events?

I like to turn material over and keep things fresh, but I've done work for news programs before and that whole thing is as much of a confection as any art. I'm less interested in the news than WHY the news is doing what it's doing.

People are more worried now that you'll make them laugh at something they'd feel bad about later, so it's a little harder to talk about uncomfortable things. Unfortunately for me, I love treading that fine line - I'm sure it'll get me in trouble one day. I think I'm on the side of truth and justice but intent doesn't seem to matter so much nowadays. People are looking for points to score, particularly against their allies. You get double points if you can bring down someone for failing at perfection. Some right-wing radio jock has to go a lot further to be pinged for crossing the line. If you can accuse Sir Ian McKellen of homophobia, you win.

Too short. Some nice dumplings.

Monty Python. Or I hear Joan of Arc was a laugh a minute.

People are more likely to take a risk on something that's billed as free, and Edinburgh is always a gamble on whether anyone will be interested in your show. The ticketed venues tend to have slightly less mold, though, and they have teams of people who are nice to you.

10pm at the Gilded Balloon for the whole month. Come!

Alice Fraser: Empire is performing at The Gilded Balloon at 22:00 on 2nd – 28th (not 14th). For tickets and more information visit the Ed Fringe website. 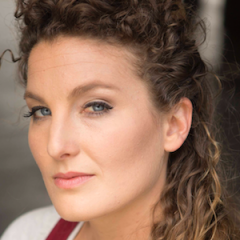 Alice Fraser takes some time to talk to Voice about the show, inspirations, and to give advice to young people.