Adam Meggido from Showstopper! The Improvised Musical takes some time to talk to Voice about three shows he's involved in this year at EdFringe, inspirations, and gives advice to young people.

I'm Adam Meggido. I perform, write, direct, compose and produce. I like making theatre – I don't mind if its improvised or scripted so long as it is exciting and has a sense of risk, liveness and danger about it!

Showstopper! The Improvised Musical has everything you could possibly want from a musical – song-and-dance routines, soaring melodies, characters you care about and sweeping storylines – it just happens to be entirely made up on the spot, 100% improvised from audience suggestions. It first played in Edinburgh ten years ago in an 89-seat portacabin and has been sold out ever since. It has enjoyed a series on BBC Radio 4, played in twelve countries and, last year, became the first improvised show ever to win an Olivier Award (Best Entertainment and Family).

Me and Sean McCann (both from Showstopper! The Improvised Musical) will improvise a fully-authentic Shakespearean play – yes – in iambic pentameter, with all the wit, imagery and wordplay of the original! Along the way we might dip into any other writer from the past 3,000 years from Sophocles to Seuss, from Pinter to Poe... AND all the while we are competing against each other for the audience's favour. At the end of each show the audience decides which of us will be crowned 'Rhapsode'. It's very funny. And might even be moving.

A brand new show in which I play Nina Conti's therapist. She comes to the sessions with Monkey and we improvise the full hour. Will she learn how to give up Monkey or will Monkey teach us all something new? This is a world premier!

This will be my thirteenth Fringe and my tenth year in-a-row. It is a joyous Festival. There really is nothing like it.

No other festival comes anywhere near the sheer range and variety of shows, venues, performers, acts etc. It is as if someone split the art-atom revealing a whole universe of entertainment, exploding across a beautiful Gothic city.

Ahhh you know, change is good….

Living statue? No I would kill myself. Dead statue.

I used to write, direct and produce little sketches at school from the age of six. We rehearsed them in the breaks and then put them on at the start of class. I have always been popular when distracting other people from doing things they didn't want to do.

With all three of my shows at this years Fringe being improvised, you can pretty much guarantee some topical material. There is no 'pressure' to do so, we simply explore stories that the audiences want to hear.

The Duke of Wellington. I heard he could be a bit of a diva and I guess I'd like to know if that was true.

Only do it if you love it.

(Also – Strindberg tends to be low on laughs) 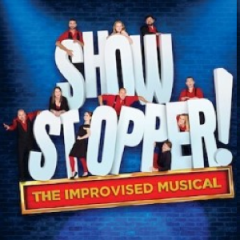 Adam Meggido from Showstopper! The Improvised Musical takes some time to talk to Voice about three shows he's involved in this year at EdFringe, inspirations, and gives advice to young people.