Voice MagInterviewsGive Me Your Love an…

Give Me Your Love wittily explores the complexity of post-traumatic stress disorder in a war veteran. We saw it at The Lowry, Salford as part of the Sick! Festival.

I use treatment to mean both the medical treatment of illness and the way the stage treats it. In a blindingly simple piece of physical wordplay, the show features struggling Iraq veteran, Zach, played by David Woods, whose mental illness manifests itself in him being emotionally bound to a big cardboard box he cannot leave somewhere in Port Talbot, Wales. Or more simply, Zach-In-A-Box. This is the second play in a trilogy examining approaches to mental health.

An opening dialogue between Zach and his wife (voiced by Jon Haynes) pull the audience into some almost Sorkinese dialogue. Quick, clever, and seemingly irrelevant but filled with poised exposition. From the beginning it is refreshing to see some excellent voice acting without the use of body or face that is also considerate of the subject matter. The dialogue gets gradually closer to the anguish of mental illness and the complexity of the condition.

Though there are easy laughs like jokes about farts throughout, the script does not rely heavily on them and also creates humour in subtle jokes and the physical comedy from Zach and his box.

The one spot light from outside the door upstage was complementary to the warm atmospheric lighting and was kind to the puce within the set. The singular setting was an asset. The set was a dingy, devoid, dilapidated room, which looked almost as though I'd expect the inside of the box to be. The room is modified to suit Zach's dysfunction - a drawstring, pipes, and masking tape are the only functional parts of the room. It could, however, have served to dwarf Zach more: to complement the claustrophobia and sense of entrapment. Despite the self-inflicted restriction on the space Zach used in the room, with the short and flimsy walls, there was a bizarrely uncomfortable level of freedom. 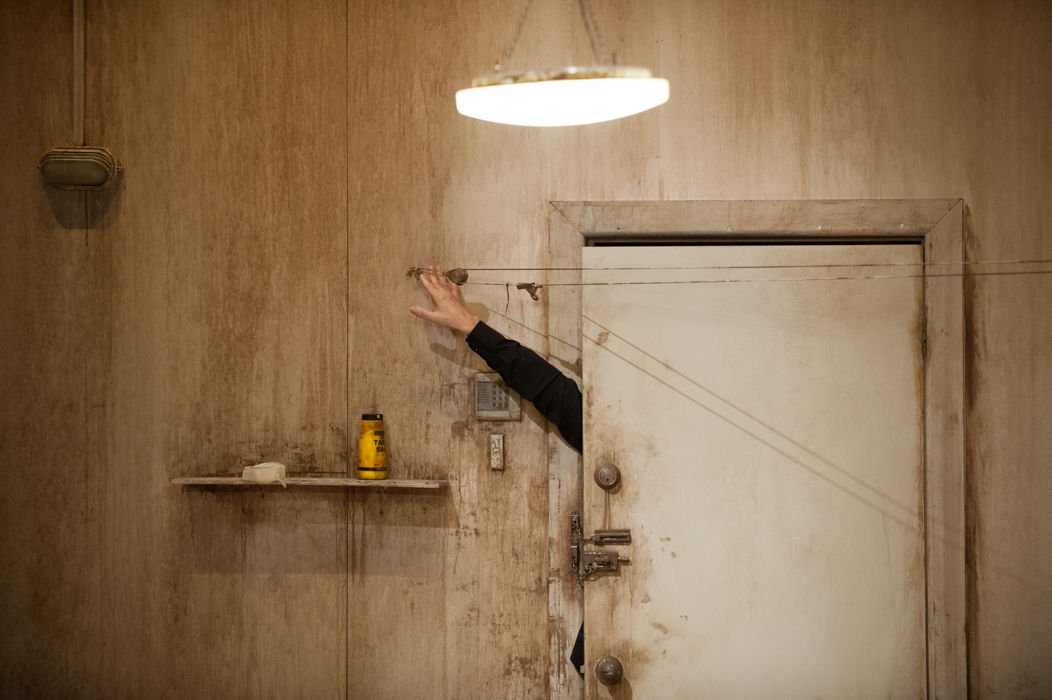 Thinking about this play is a difficult process. It is filled with decisions that are questionable and potentially insensitive, making it a nightmare for the politically correct. While using humour as a mechanism to progress through the narrative may be seen as making light of the illness, it is necessary to consider the ups and downs that sufferers experience and how their inhibitions desert them.

The complexity of PTSD is what this play portrays with poise and beauty. When Zach allows himself to explain what happened in Iraq to his therapist-cum-drug dealer figure, Ieuan (also Jon Haynes) but doesn't even let him in the room, the audience is shocked but enlightened by the cause of his condition. 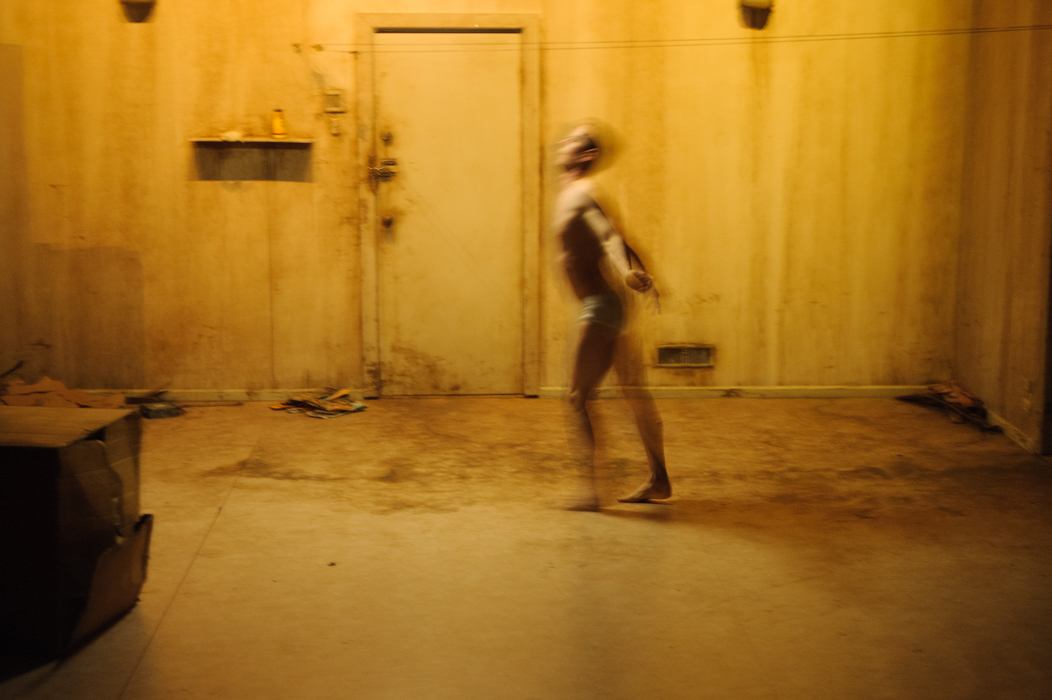 Zach decides to try MDMA as a means to settle his symptoms after Ieuan claims his own PTSD was cured by it. Drugs as treatment for psychosis and mental ill health is a heavy load for an hour-long play to bear.

As neither drug takers nor war veterans themselves, Stage Company, Ridiculusmus undertook two years of research to prepare for the show. They contacted professors and academics the world over to gain a better insight into the condition. It begged the question: how much research is enough? Soaps on public service broadcasting with huge audiences have the responsibility to explore issues like mental health and many more. "They pour every bit of research done into their storylines…" says Woods, he goes on to describe how characters seem to exhibit every trope and symptom of their condition to a degree of cliché. This play did not rely on the inevitable slit wrists and suicide attempt, nor did it ignore them.

Conversely, Ridiculusmus' research led them to create a "blank canvas" after asking the question: how do you portray mental illness without turning it into a parody? They decided not to be literal so that the audience has an input and an interpretation of what the action meant: a canvas on which to project the manifestation of mental illness.

Give Me Your Love is not necessarily an accurate portrayal of PTSD but it does the job of creating a meaningful conversation not only about mental illness generally but also its treatment. It is filled with symbolic writing to clarify things. The pair have a band they call Ugly Bird alluding to a bird in a cage; music from The Prodigy and the like with the 'big fish, little fish, cardboard box' association; and particularly when Zach shrieks the title repeatedly create moments that are difficult to watch but are the most graphic presentations of anguish.

Neglecting to choose, one way or the other, whether or not to condone the use of hard drugs as treatment proves tricky, making it almost too open to interpretation. They back themselves into a corner by exploring but not concluding it as it is more compelling for an audience to agree or disagree than to manufacture an opinion.

What Give Me Your Love was able to do was open the audience's mind to the implications of hard drugs as therapy for mental illness. It did this without planting in our heads precisely what illness and treatment look like but enabled us to reason with ourselves about what it can look like. The research was flawless, the treatment was considerate, the story cultivated and responsible, and the company one to watch out for. 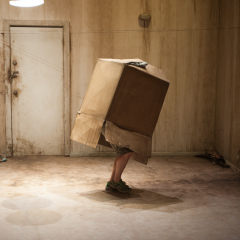 Give Me Your Love wittily explores the complexity of post-traumatic stress disorder in a war veteran. We saw it at The Lowry, Salford as part of the Sick! Festival.