Hi everyone, my name is Wiktoria Wabnyc and I am an 18-year-old Polish actress based in London.

When did you first know you wanted to get into acting?

I always had the passion for acting. As a child, I would dress up and pretend I am a doctor or a teacher. I didn't really realise that I was acting back then until now when I reflect on my childhood. The first time I acknowledge that I wanted to pursue an acting career in the entertainment business was when Wizards of Waverly Place aired on Disney Channel. As a child, I used to love this show and I always looked up to Selena Gomez. Her acting was really engaging and it made me fall in love with the craft, but it wasn't until several years later when I felt in a deep depression that I realised that I need to do the things that make me happy and fulfilled in life. That's when it all started for me, I joined a local part-time drama school called 360Arts and progressed from their onwards.

Who is your biggest inspiration?

Have any other career paths ever crossed your mind?

Yes absolutely, before I started acting professionally I studied media and film for five years at my secondary school. I have learned all about marketing and working behind the scenes. I always wanted to become a blogger or an editor/writer until I had my first on screen experience when I was 14 years old. I used to be a huge fan of Justin Bieber and I auditioned to be in a documentary about him. I booked the role and while I was on set, I just had this sense of belonging feeling that I am on the right path, that I am supposed to be acting in front of the camera. I still get this feeling every time I am on set. 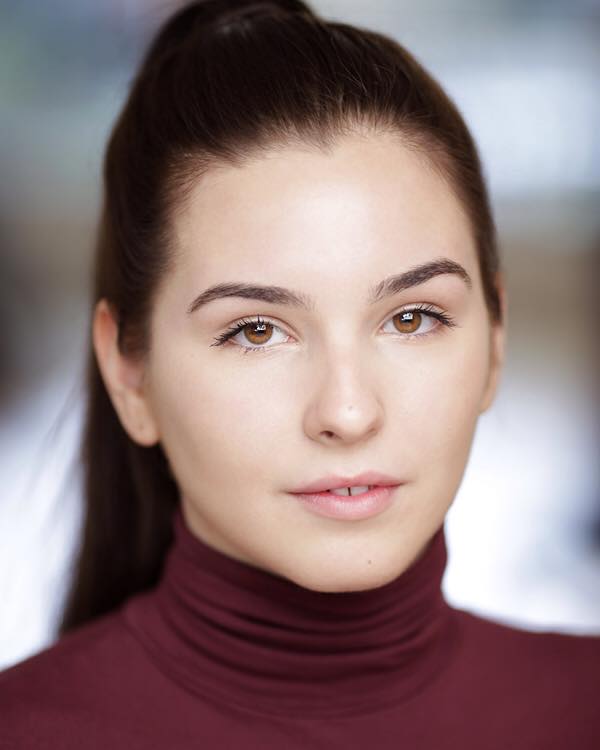 Can you tell us about your upcoming film Trial and Error?

Trial and Error is a feature film based on the theme of pressure and how it affects young vulnerable teenagers. The film centres around the story of three teenagers: Maia, Taylor and Noah who are pressurised into making hard decisions that changes their lives forever. The key debate battled in the film is whether the characters will let the pressure define them?

The film is based in South-East London and is produced by Hanton Films. I play the character of Maia who receives a scholarship to study in one of the top universities. Throughout the film, my character discovers how to stand up to her father and her school, to follow what she thinks is the right thing to do. But will she succeed?

This isn't the first film you've been in though - can you tell us a bit about your other work?

I am very honoured to say that booking a lead role in a feature was my first proper acting role that I had booked. However, before the filming commenced for Trial and Error, while I was doing my character research I was also booking other roles for short films and web series which were filmed before Trial and Error. Since then, I continued getting involved in many different projects ranging from film work to theatre. In 2016 I got the opportunity to be cast in several theatre productions including Anna Karenina, Antigone and Noughts and Crosses. In addition, I have just wrapped on filming for an action feature film called Who:4 where I play a secret agent.

What has been your favourite film to work on to date?

I don't have a favourite film that I've worked on because each film brings a different challenge that makes me look forward to the filming. I've played a range of different characters from a young lover, to a student suffering from bullying/pressure and a young mother who had a miscarriage. I am very selective on which films I commit to as I like to work with focused and determined creatives who will ensure that it's always a good time on set.

What have you found most challenging as an actress?

The most challenging part as a young actress is convincing everyone that you are strong enough to do this and experienced enough to book roles. It takes a lot of proving to do but it's not impossible and worth it.

Equally, what have you found most exciting in the job?

The most exciting is meeting new creative individuals. I love meeting new people who are very passionate about what they are doing. You can learn so much from learning about others and getting know their background. One of my hobbies is to observe people on the train (not to sound creepy) and imagine what their life is like.

Also, being on set and fully immersing yourself in the character is exciting for me to do as an actress because when I feel like I have truly lived through the imaginary circumstances, I know that I have done a good job.

Being fluent in both English and Polish, have you had an opportunity yet to speak both languages on screen?

No, unfortunately I haven't had the opportunity to do a Polish film/ work for Polish TV. I would love to play a Polish character in a project, but most people don't acknowledge that I am Polish until they see the way my name is written. So usually I am cast as a British character (not complaining)

What would be your dream role? And who would your dream on-screen partner be?

My dream role would be Katniss in Hunger Games, Cat Women, Margo in Paper Towns and my dream on screen partner would be either Jennifer Lawrence or Asa Butterfield.

Do you think the Brexit vote is going to change the type of films you work in, or impact your career?

The Brexit vote will have an impact on the entertainment industry. Especially in terms of getting funding for films as the media/creative European funding will end. Between 2007-13 the organisation provided 100 million euros towards all sort of aspects in the UK film industry. It will also make it more difficult to distribute UK films within Europe or Europeans films in the UK. In terms of my own career, I lived in the UK most of my life time hence I am unsure of the impact it may have on my career.

What is one thing you knew before entering the industry?

One thing I knew before entering the entertainment industry is that it's not going to be easy. It will take a lot of sacrifices and hard work from myself but if I remember why I act- I will be okay.

What advice would you give to our someone who wants to get into acting?

Just go for it! A lot of times we fear the unknown and often that fear stops us from pushing through our own boundaries and really putting yourself out there. As an actor, you need to learn how to love feeling uncomfortable as that's where the comfort is found.

New website is coming soon but you can find me at:

When and where will people be able to see Trial and Error?

Trial and Error will have its advanced screening on the 11th April 2017 at Peckhamplex theatre. The tickets can be found at: http://www.peckhamplex.london/film/trial-and-error

In May 2017, the film will be officially release and available for digital download.

Feel the fear and do it anyway!

Thanks for taking the time to talk to us

Thank you so much for interviewing me. It was a great pleasure. 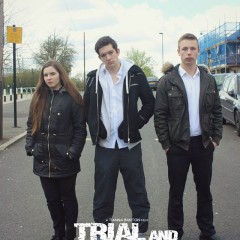