From Random Acts Midlands, we caught up with Co-Producer, Emma Powell about hers and Dale Cullis's visual iteration of the 'glass ceiling' that is faced by women in the workplace.

Dale and I filled in a form at a workshop day with Nathan from Rural Media Company, it was Dale's idea really as director, and the plan was I would produce the project.

The film was Dale's idea and I helped her develop and produce, we discussed all aspects many times over!

It changes every month or so, but at the moment, The Grand Budapest Hotel, Wes Anderson.

Me and Dale both have full time jobs - I'd love to work on a film again but at the moment we're still sorting out which festivals to send this one to!

It does enable a young person to access professionals for advice, and a proper budget, which of course means that an ambitious idea remains ambitious, but is a bit more possible. 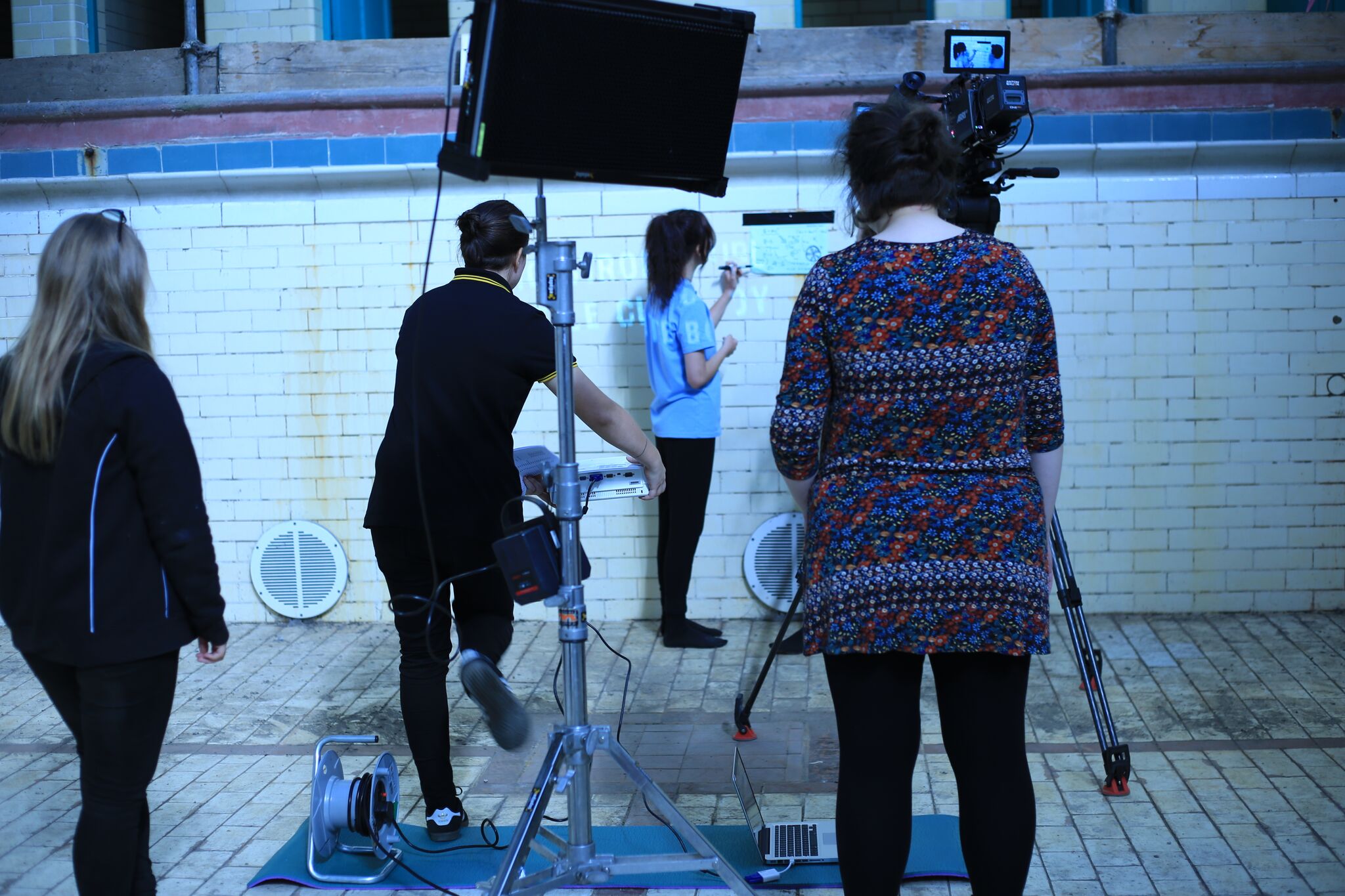 Do you think a five year old would understand the glass ceiling effect?

I'm not sure, I would hope that a five year old wouldn't have felt the difference their gender makes to their life experience. But then again how many five-year old girls are pushed towards female-dominated, lower-paid roles such as nurses and secretaries, rather than male dominated, higher paid roles like surgeons and CEOs? Whether they would understand is one thing, but the affect on their life is there already, unless very awesome, supportive, parents, teachers and friends surround them.

How did the parents of the children in the video respond to the film? Were some apprehensive about taking part?

They were absolutely enthralled! They were all sent the script in advance and all the children wanted to be the 'Glass Girl' who breaks the ceiling! And all the parents wanted their child to do it too. I think they all were behind the idea of the film especially because of the career their girls wanted to go into: acting. The statistics on female roles in the film industry are still incredibly saddening. "In the top 100 grossing films of 2015 females comprised 22% of protagonists. This represents an increase of 10 percentage points from 2014." (Source: Women and Hollywood http://womenandhollywood.com/resources/statistics/) So, the better this situation gets, the fairer the next generations chances will be. So we all, men and women, have a vested interest in smashing that glass ceiling.

Well, I don't know about any other filmmakers, but we had one meeting with the Maverick Team, and one with our production mentor, Catherine Bray, and there was lots of research, talking over ideas and frantically trying to get all the paperwork in place before production, as we only had a month between first meeting and the filming day, it was pretty tight!

How much did the children learn about this ceiling during the filming process? Were they aware of the effect beforehand?

The girls were all into it, they all wanted equality and also understood the "support each other" element of the film too.

Well, this is a boring answer but the paperwork! I spent quite a bit of the two weeks before the filming day on the phone to councils, parents, and agents getting all the licenses in place!

I hope so! After this year, we need it!

Why do you think there is a lack of females in the film industry?

I think it's a societal problem that affects us all across the board. I am no expert, but the fact that some of the film industry, especially the big-budget end, trades on women as objects and stereotypes is not helpful to anyone. There is a problem in the film industry, and society, that does not encourage women or minorities to flourish. The new rules BAFTA have applied to their eligibility for awards gives me hope that statistics like this will improve, but we have a long way to go from 4.1% to 50%.

"Out of the 800 top grossing films from 2007–2015 (excluding 2011), there were only 29 unique women directors: Female directors totaled 4.1%. Only three Black or African-American women, and one Asian woman, have directed one of the top 100 films from 2007–2015. (Media, Diversity, & Social Change Initiative)" (Source: Women and Hollywood http://womenandhollywood.com/resources/statistics/)

What triggered the creation of this piece? Was it political or personal?

Both we think, for both of us. We both have experienced this effect in our own ways, and we can see what is happening in the world, and want it to change.

What are your personal feelings towards the topic of the glass ceiling effect?

The most bizarre thing is that statistically, more diverse films make more money. Fact. "[A UCLA] report concludes that 'Films with relatively diverse casts enjoyed the highest median global box office receipts and the highest median return on investment,' and '[m]inorities accounted for the majority of ticket sales for four of the top-10 films in 2014.'" Put simply, inclusivity results in more TV viewers and filmgoers. Diversity — i.e., an accurate reflection of who audiences are — sells. (The Ralph J. Bunche Center for African American Studies at UCLA)

Yet the industry still has not responded to that. If the people choosing directors, crew and actors can't respond to their sense of fairness, you'd think they'd respond to the call of their wallets at least? Apparently not.

I feel that the breaking of the glass ceiling not only frees women, it frees men too. We've been putting so much pressure on ourselves over the last few centuries to be a certain way, rather than playing to each individual's natural strengths. And that has resulted in women and minorities being held back. It's a waste of talent, and has crushed the happiness of men and women for a long time. It needs to end. 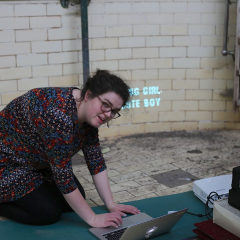 From Random Acts Midlands, we caught up with Co-Producer, Emma Powell about hers and Dale Cullis's visual iteration of the 'glass ceiling' that is faced by women in the workplace.