Award winning actress and martial artist talks to Voice about her upcoming projects in L.A. and Canada!

Hello, my name is Amy Kinder, I'm currently 16 years old and live in the UK. I am an award winning actress and martial artist.

What inspired you to first get into acting?

I was always inspired by films, TV shows and plays. Drama classes at school were my favourite but it wasn't until me and my friend were at the cinema that I realised it was something I needed to do. We were watching a film and my friend explained how she wanted to be the actress; I disagreed saying I wanted to be the character. Sadly, when a close family member passed away, I started really pursuing my dreams as it taught me to make the most of the time you have.

In talking to you, you mentioned that you only started acting in 2015. Your career has exploded since then. What has it been like to so quickly be catapulted forwards?

Yes, 2015 is where it all began! It's been a whirlwind of emotions but to have your dreams come true is an incredible feeling. I take tremendous pride and satisfaction in my past and current journey.

Where might our readers have seen your previous work?

You may have seen some of the films I've been in online or seen me on the TV from a local TV show.

Outside of acting, what do you like to do with your time?

I'm an avid martial artist, so when I can, I spend my time training in Brazilian Jiu Jitsu as a black and yellow belt. I'm also a grade four guitarist, specialising in jazz; so I shred some notes from time to time. I'm a shutterbug, taking pictures of anything worth remembering and of course enjoy reading a good book (usually about acting).

I understand you are travelling to LA next year for work. Can you tell us a bit about that project?

Sure! I play a recurring guest star in a brand new Drama series revolving around the work of emergency service personnel entitled "Emergency LA". I play an interesting character and the sister to one of the main characters. The series will be filmed next year in Hollywood, LA.

Likewise, by late 2017 you will be in Canada filming - can you give us some info about what's happening there?

Of course. The Rive is a psychological horror film being directed by Troy Darc. I have the pleasure of playing the lead role of Isla Grey who has a fascinating past but an even more fascinating story to tell. The film is set to be filmed in Ontario Canada, 2017.

With this jet setting at a relatively young age - can you see yourself staying the Britain, or will you relocate in the future?

Right now, I'm just going with the flow. I would love to live in the States one day, but at the moment I'm still so young and just getting to travel around the world for filming is amazing.

If you could work with anyone, living or dead, who would you like to work with?

Hands down Robin Williams. What a gift he was to comedy and acting in general. He is someone I certainly look up to and I'll never forget how much I loved "Jumanji" as a young child. Living, would be Tom Hanks, I think he has an outstanding film career and a great attitude. It would be an absolute honour to meet or work with him one day.

In an alternate world where acting had not worked out, what career do you think you'd be pursuing?

If I'm honest, I have no idea! I really can't see myself doing anything else, it just doesn't seem right. For me, nothing compares to the rush you get from performing and being someone else while still being you. I have my dream job, so if I couldn't be an actor I guess I would be a nine-till-five office worker.

Looking at your Spotlight profile, I can see you favour the screen. Would you ever consider theatre in the future?

I have done stage work in the past and the stage calls my name. An opportunity to have a live audience is one I couldn't turn down. However, stage and screen are totally different ball games, so while I love the instant reaction from an audience, film for me so much more personal and dynamic.

What is one thing you would change about the industry?

The amount of kick ass female roles there are!

What is one thing you love about your work?

One thing? (Laughs). I love having a challenge, meeting new people, exploring someone else's life, learning new skills… I honestly love everything about acting but mainly I LOVE the fact there are endless characters to play.

Where can people find your work?

My website is currently under development but once completed, all my work will be there. Alternatively, you can find my up to date filmography at IMDB

I'm fortunate to have over a thousand fans following my progress through my official Facebook page. I post all my updates there and can talk to anyone who may want to talk to me. I also have an instagram account too! 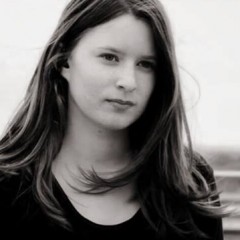 Award winning actress and martial artist talks to Voice about her upcoming projects in L.A. and Canada! 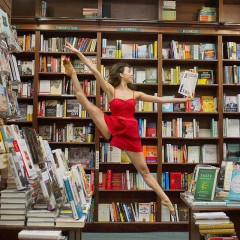