For Arts Award Week (2-10th July 2016) we spoke to singer and songwriter Lucy Spraggan, about the journey she's taken.

Lucy Spraggan appeared on the X Factor in 2012, since then her audition video has been viewed 35 million times on YouTube. She was also the most Googled musician of 2012, after she came off the show and immediately signed to Columbia Records.

Her debut album Join the Club was a top-ten success and Lucy has enjoyed sell-out tours since then. Her latest record We Are was released on her own label, CTRL Records, after Spraggan opted to take the independent route the second time around. The album just missed out on a top twenty position and was highly acclaimed as one of the best singer-songwriter albums of 2015.

Lucy's music-writing career began with Don Maclean and Kirsty McColl as her major influences, embellished with the folk riffs of Peter, Paul and Mary and taking on the punchy riffs of traditional R and B. A period spent living and playing in New Orleans, sucking in the sounds and sights of that incredible history of music, has brought Lucy to her current style.

Her name is now synonymous with the cross-border sound she calls AFLOP; the melodic middle ground where pop and acoustic folk meet, the toe-tapping interpretations of classic sounds and the harmony-heavy ballads that she pulls from modern rhythm and blues, turning the rattle of rap into sing-along folk-style numbers that are hard to forget.

Lucy embarked on the road solo in 2016, for the first time leaving the band at home for her acoustic tour. She also released a new EP, Home, giving fans a taster of what's to come from her next studio album.

Ask Lucy a question in our Twitter Party Q & A Tuesday at 5.30pm. Keep an eye on our Arts Award Week Voicebox throughout the week, for further interviews. 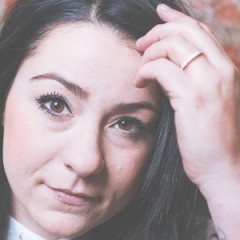 For Arts Award Week (2-10th July 2016) we spoke to singer and songwriter Lucy Spraggan, about the journey she's taken.