We spoke to Lara about her most recent projects ‘Dakota’ and ‘Renegades’, and her love for the acting world.

Lara Pictet has a penchant for playing complex women who take action. The actress and producer is usually drawn to thrillers and roles that really test her, and demand her to draw upon her emotions. The Swiss born actress does not take on easy roles, nor does she limit herself to her European roots, working across the pond in the USA.

Having always loved acting, she attended drama school in Britain. It was an experience she enjoyed greatly, being immersed in Shakespeare whilst putting herself out there emotionally during her training. Lara responds to the cutthroat world of acting with a positive demeanour, taking the rejections in her stride. Each represents just another step to where she aspires to be in her career, and motivates her to extend support towards other actresses if she bumps into them at an audition.

It is evident in the way that she describes her career that her love for acting and the industry is a constant. Her experiences are not only jobs, but also ways of learning, and her respect for both actors and crew members, as well as the details that go into creating a film, is clear. It was a pleasure speaking with her and hearing her insights into the acting world. 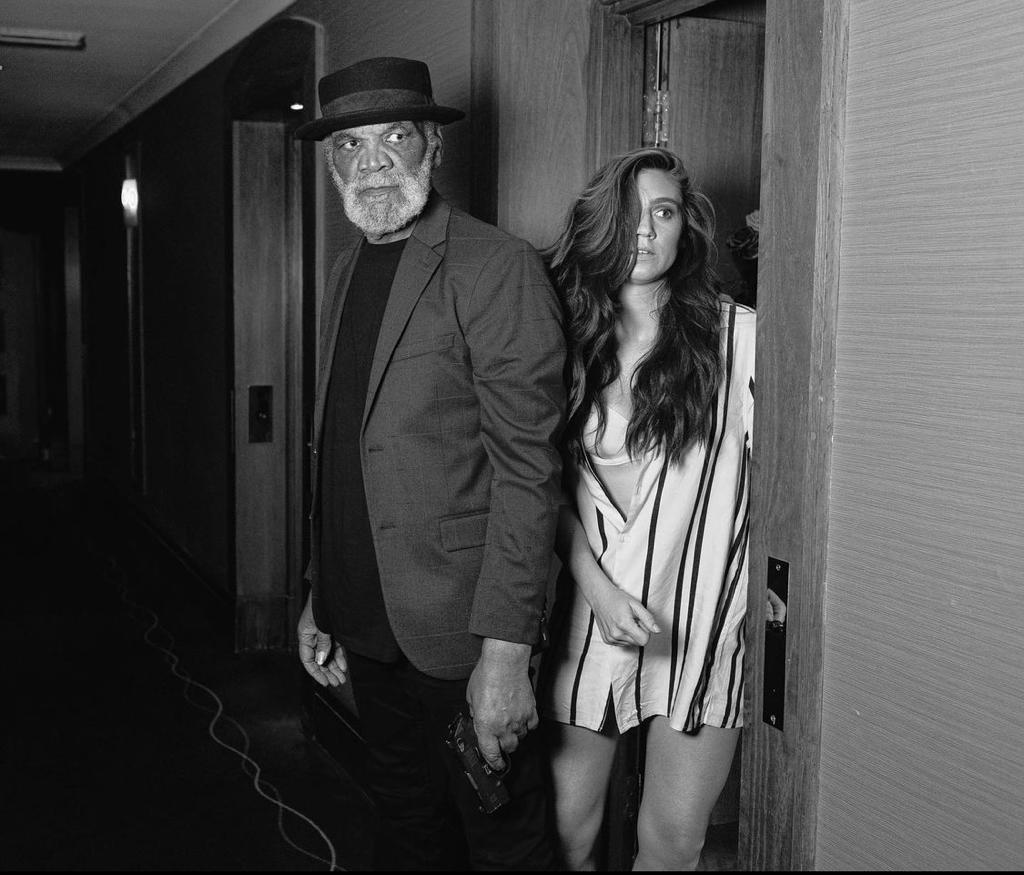 You’re an actress and producer, which came first? Or or have you always balanced both at the same time?

No, I started off acting first when I was six, and I always remember my father telling me if you want to be successful in the field you should know how every other department works, and producing is always something I was very interested to learn more about.

I don’t really know much about the role of the producer. What is it that you do?

So you have producers that are mostly financiers who deal with the numbers, and there’s producers that take care of anything from setting up the project, finding the writer and the director etc. If it's for a film they’ll send a lookbook out to showrunners and other producers to get them attached. It's many hands in many different roles, and it really depends on what your skill set focuses on. And the great thing about that is you’re creating a team that all have different skill sets – then you make something magical!

Could you tell me about your recent projects ‘Dakota’ and ‘Renegades’?

Yes! Dakota is more of a family film about a widow who is struggling to keep her farm working since her husband was killed in Afghanistan. His dog is returned back to her and it's just a really beautiful feel-good film. This was great to do because I’ve been working mostly on a lot more psychological, dark projects and roles, so it was nice to do something a bit more light hearted.

‘Renegades’ is completely different! It's not your stereotypical action film, instead paying tribute to military veterans. It also pays tribute to older actors or icons that have been in the industry for generations, so it was really cool to be a part of that and to play those two different roles, one after the other. In ‘Renegades’ I play a girl who's been trafficked, and she touches with this fierceness inside of her and decides to bring justice to fight against those traffickers, and try to save herself and others in the process. That was super cool! 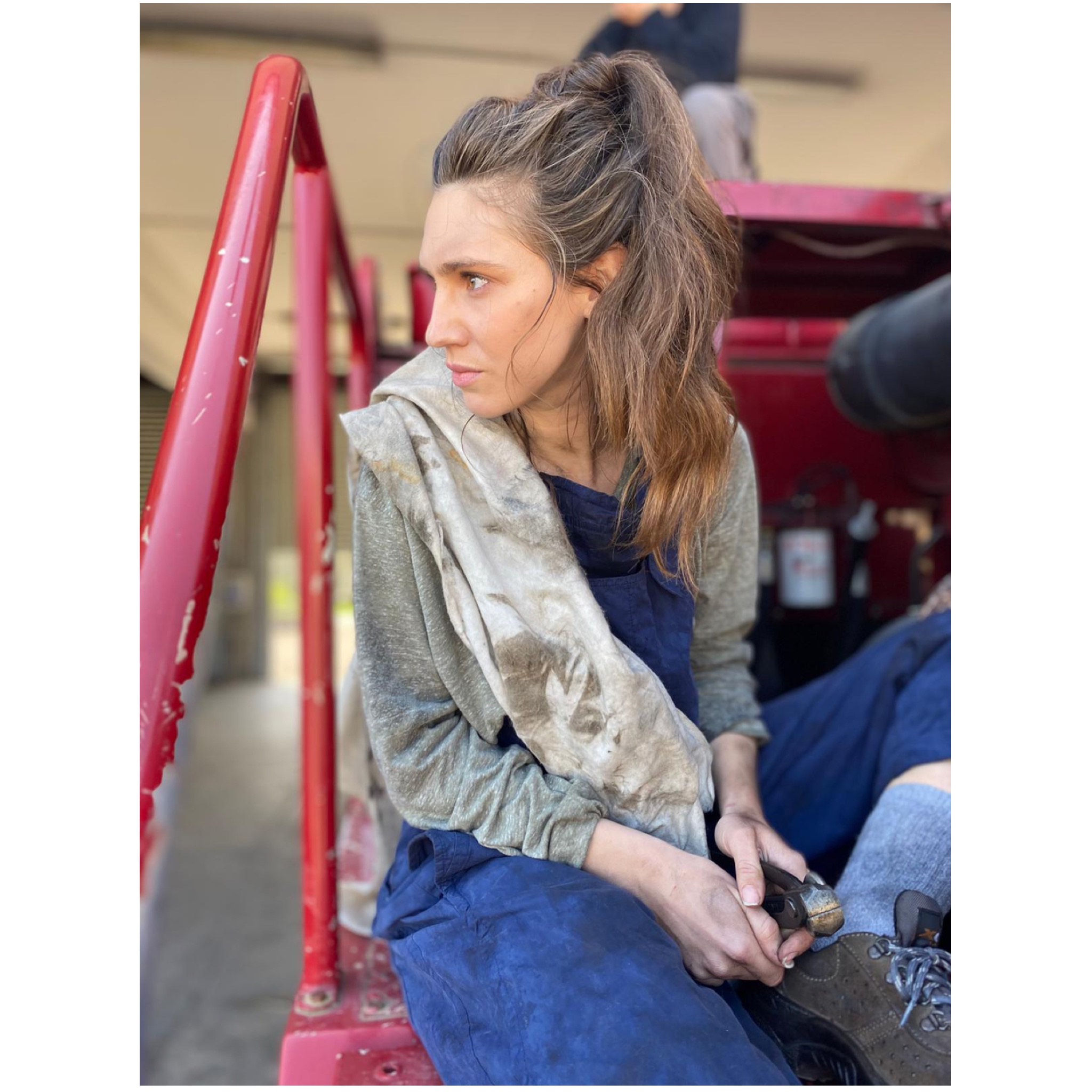 Is that something you look out for in roles then, a woman that is a force essentially?

Yeah absolutely, because I think that now – especially with the roles that are being written for women – it's great that we have that power. I think when people watch shows or movies it's all about being able to escape our world and dive into a new one. Whether it be a fantasy or whatever I think it's important that it is relatable for women. As women we have our sensitive nurturing qualities but we also have this fierceness inside us, and it's important to have that element come out.

You completed your acting training in the UK. What was your experience within that system?

Super interesting. I started my training quite young, and at the time I was dealing with a lot of things going on back home. Acting became super therapeutic because you had to dig deep down and find ways to dive into your characters through your own experiences. You also get to learn all of this amazing history of theatre and the different kinds of practitioners that you can follow.

And of course Shakespeare – that was incredible! To be able to read those and get lost in that world back then was so fulfilling. It was very different when I continued and did two years of my training in Los Angeles. The UK was very traditional training, and very theatre based, but in LA  it was quite business-like. It's more about how to present yourself at an audition, how to network with casting directors, how to showcase your work. When you graduate from school what are the things you need to do for people to see you. So that was awesome to be able to experience the differences in both.

That's interesting. It feels like the perfect combination of education that you got there. Did you ever find that acting school could get a bit cutthroat sometimes or did you think it was a very supportive network of people you were around?

Very supportive, because we were being so vulnerable in moments that you couldn’t really lie through and gain anything. It was so vulnerable everyday, and so yeah it felt like a family being there for each other. I did notice afterwards when we graduated, the competition sort of shifted because we weren’t with each other every single day.

In terms of the future, what projects would you like to do? Would you ever write or direct?

I mean I love every aspect of this industry, it's so fascinating! I love writing because I journal a lot. Sometimes when things are all in the head it's good getting things on paper, and your creativity suddenly lets go! If I go into writing I would bring the basics of things to a professional and let them do their magic. I was always told in drama school that I have an eye for directing. Even when I’m helping my girlfriends with their auditions they’re like “god you’re such a good director” so that's definitely something I would love to do at some point.

Out of the three mediums, film, television and theatre, which is your favourite to do?

I love them all for different reasons, but I have to say there is something really really special about theatre. You’re playing with your audience, you're feeding off their reactions. Just the energy in that room is just so– even just talking about it I have goosebumps. It's so vibrant and is something that's so special because you and the audience are kind of one. You don’t get that from film; it's a lot more intimate but theatre is very special.

Finally, what are the dates of your films and their release dates in the UK?

So that I don’t know yet. I do know that ‘Dakota’ will be released on streaming on 10 May in the UK, but ‘Renegades’ I’m not sure yet.

Lovely. Well I wish all the luck with that and I hope you have a great rest of your day.

You too. Thank you so much for having me!

To watch my interview with Lara in full head over to Voice’s YouTube https://youtu.be/BwbgCPEdjQA 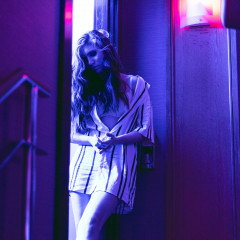 We spoke to Lara about her most recent projects ‘Dakota’ and ‘Renegades’, and her love for the acting world.