I spoke with the Montreal based jewellery designer about her business and career within the industry, including her part in designing Megan Markle’s engagement ring.

Dominique Flux is the founder of Fine and Flux, and creates gorgeous custom designed jewellery. The exquisite pieces can materialise from either her own creativity, or a specific client brief. Based in Montreal, she sells jewellery to people who order from all over the world. She did not start off independent, however. As an outsider to the industry, speaking to Dominique really gave me an insight into how tough it can be.

Jewellery is often associated with femininity, however its construction, especially in high end jewellery, is dominated by men whose sexist attitudes still prevail and negatively impact female designers such as Dominique. From our conversation it seems misogyny in this industry has not moved on, the attitudes of an older generation of designers sticking. However, this should not detract from the work Dominique manages to produce, and the support network she has found in her industry. She certainly represents a new generation of designers that can hopefully tackle these sexist attitudes. 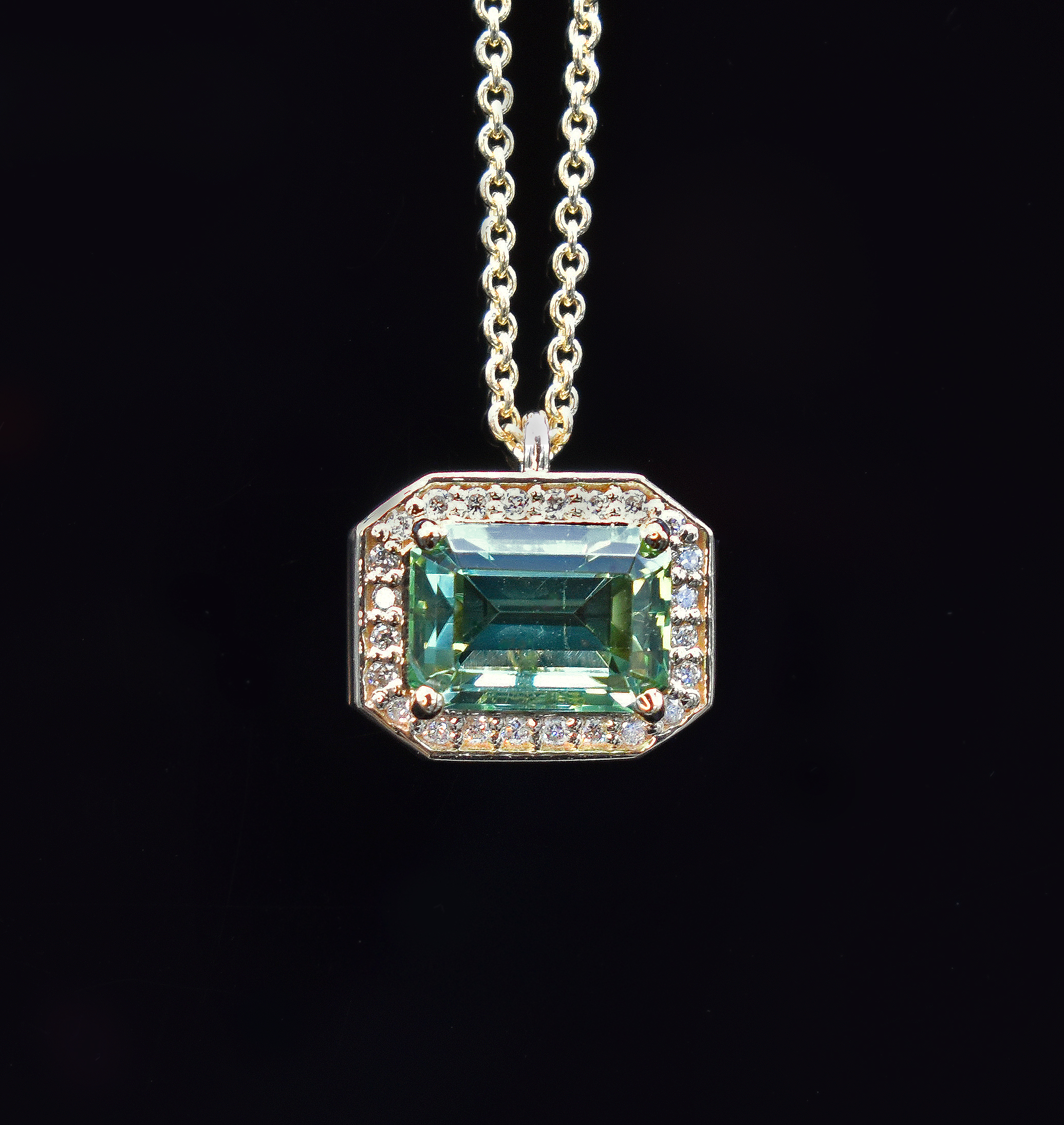 Growing up, Dominique was always artistic, but as the arts were frowned upon she never saw it as a viable career path. After attempting to train in physiotherapy and soon realising it was not for her, she began to take jewellery classes and fell in love with the craft. As most jewellery is constructed within 3D design today, she further trained in that, and in her words, from there “hustled my way into working for big companies”

It was at these companies, however, that she realised just how toxic the jewellery industry could be. One of her main issues was with the lack of recognition she would receive. She designed Megan Markle’s engagement ring, yet received none of the credit, all of the acclaim going towards the brand name and not herself. It seems incredibly frustrating and disheartening as a creative person to not be recognised for what you have done, which meant striking out on her own was a must.

As someone with absolutely no clue of how jewellery is made, Dominique explains it clearly and thoroughly to me. It’s not all handcrafted nowadays, often it is a high tech process where items are created through 3D design. Using computer designs allows jewellers to be more precise in achieving the shape and details of the item, the decorative element, such as the gold or the gemstones coming in afterwards. For more clarity here is a step-by-step guide of how Dominique would typically design custom jewellery:

Customers can have very precise ideas about what they want. Dominique laughs as she talks about the symbolism of the designs:

“Sometimes it's kind of funny because it's too much! Especially for men they love the symbolism so you get rings which are just like this monstrosity of stuff and I kind of have to sort through it.”

Other times she is given creative freedom, describing movement in jewellery as her favourite element to try and create.

Dominique has a vast range of YouTube videos available, displaying her knowledge and desire to educate anyone interested on jewellery. Despite her clear experience and expertise in her industry, Dominique is still treated appallingly due to her gender. The world of fine jewellery is dominated by men aged 40 and over, and she says ‘if you do see a woman in a store it is probably his wife.’ This impacts how clients view jewellery designers, and male clients often assuming Dominique to be inexperienced due to her gender and looks. As customers can spend up to $10,000 on an engagement ring, they expect a professional and don’t expect a young female to be able to handle their request properly. It is a stereotype Dominique has worked hard to tackle, that seems unnecessary with all of her experience.

On top of this she has to deal with degrading behaviour to her face. Dominique reveals that she is often bombarded with sexual comments. In addition, men would overcharge her for certain jobs, or disregard her order requests as unimportant – leaving work outstanding for days or weeks. Regardless of these issues, she remains positive about her profession, emphasising the importance of finding your people and your own support network that you can trust in the industry to avoid such occurrences.

Despite the barriers placed in front of her, it feels Dominique has really found a home for her creativity within the jewellery industry. There is a pride in what she does, creating pieces that could have sentimental value in families for generations. She also offers support for those interested in jewellery design, providing a free space to learn about what she does through her YouTube videos. After her experiences in the industry it is great to see her in control of what she produces and getting the recognition she deserves.

If you want to see Dominique’s work and what she does head over to her website https://fineandflux.com/ .

For more about the processes behind the items she creates, she has content across all social media. She is also open to questions, so feel free to contact her if you have taken an interest in what she does.

For the full interview, and to hear Dominique in person head over to https://youtu.be/2CN0fbdC7So  Voice’s YouTube channel and check it out! 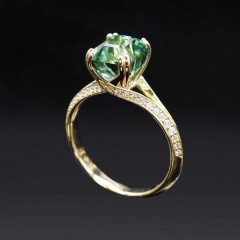 I spoke with the Montreal based jewellery designer about her business and career within the industry, including her part in designing Megan Markle’s engagement ring.