Last week, I caught up with indie-pop icon Michael Aldag. We chatted about show preparation and songwriting.

So first and foremost, Michael, would you like to introduce yourself and tell us a little bit about what it is that you do?

“Yeah, for sure. I'm Michael and I make music. And I guess I do TikTok as well. But yeah, that's probably the high and low of it.”

A lot of your music really does explore kind of how you're feeling in the moment, and I just want to know a little bit about what your songwriting process looks like – tell me a bit about how you go about it.

“It can vary. I think you can either be really moved by something, and then you kind of have to write about it. Or, you can spend hours and hours banging your head against the wall, just because you want to write a good song, and it's not coming. I've also been writing with other people as well, which is really cool. It kind of broadens your horizons in the sense of melody, and anything. I put lyrics down into my notes whenever I come up with something I think is good. And then when I have a chance to sit down at a piano or whatever, I'll just kinda let it go.”

So your lyrics typically come first in the process?

“Yeah, definitely, I think I'm very lyric driven. That's what I always want. I always want the song to have something interesting in it.”

It's quite clear that your honesty comes through with your lyrics and your personal experiences, meaning that your audience can often relate to you as well. So do you intend to make music that resonates with other people, or is it just kind of what you're feeling that goes into your songs, and they happen to relate to other people as well?

“I think everybody wants their music to, you know, relate to other people and resonate and make other people feel things. But I wouldn't say that I sit down and go, ‘Right, what are people feeling? What's the public psyche?’. Like I said, it's mainly things that move me personally. And then, you know, it's kind of fingers crossed that somebody else has gone through a similar experience.”

So with having all these songs that are so personal to you, and now playing them to an audience the size of, say, Meadowlands Festival – which is happening in Nottingham on June 3rd – what does it mean to you to perform to such a big audience?

“It feels good. I mean, I'm excited, and I'm also very nervous. I get super super nervous and spend most of the day on my own like twiddling my thumbs, not wanting to talk to anyone before the performance. But then when I'm up there, those nerves turn to excitement and enjoyment. So yeah, it's good to be able to play my own music to people, and hopefully have them enjoy it, especially live. Writing the songs is one thing, and then to take it and make it into a show that's got highs and lows, and that can keep people engaged. This is something that I've been working on with the band and whatnot. So it'll be good. I'm excited to see how it goes.”

So aside from the nervous kind of side of it all, what do you do to prepare for a show? It must be quite a difficult thing to get yourself psyched up for.

“Yes, for sure. I mean, I think the nerves in terms of energy are never like ‘oh, I've got a show’. I'm always just nervous anyway, so all the kind of energy is there, but vocally I have to do a lot of warmups to kind of make sure that I can actually hit the notes, because it's one thing when I'm in the studio; I tend to get very brave and start writing loads of really high and decorated melodies and then you have to sing all the songs one after another. It's an absolute nightmare. That's what I found in rehearsals when we were rehearsing the other week. It's like ‘wow, this is really hard, but I've done this’. So yeah, it's mainly just looking after my vocals and making sure that I get a good night's sleep when and where possible.”

How difficult is it then to translate what you are doing in the studio into a live set? Because obviously, you've also got to move about and keep that energy up. So how, how are you working on that transition between studio and live?

“Yeah, you're right. It is hard because I do like to move about onstage and give a lot of energy. But then also, it’s hard to actually hit the notes. Like, it's a toss up between actually sounding good, or, like, really just getting into it. But I think I'm getting there. It's a lot about breath control, really. So I've been running a lot. I run a lot anyway, but trying to run even more, and trying to sing at the same time. It helps. Yeah, that sounds so weird, but that is literally how I spend my life.”

“Honestly Lucy, that is what I actually do.”

So with that being in mind, what does it mean for you to have Northern roots - more specifically, West Kirby roots? How does that influence your sound?

“Sonically, I'm not sure whether it's influenced my sound - maybe a little bit. It's hard to say. But lyrically, I think, there's a kind of nuance in kind of, it's a little bit more dry, I guess, I don't know, some kind of dry humour that I try to get into the lyrics and whatnot. There is a difference between the North and South, which maybe I thought before was kind of outdated. But no, there are very distinct cultures between, you know, whatever cities. So I think, yeah, there is maybe humour in my music; but that’s not to say that my music is particularly funny.”

I totally get what you mean - there is a stark difference between attitudes in the North and South, particularly when it comes to humour. Regardless of location, sonically, is there anybody that you particularly take inspiration from?

“Yeah, definitely. I love Bastille and I love the 1975 and The Killers. They're kinda like the bedrock for me and my sound. I also love Phoebe Bridgers, and a lot of rap music, such as Baby Queen. All of that stuff comes in as well. Those are kind of pillars of influence for me.”

What can we expect to see from you next? What kind of direction are you hoping this will all take you in?

“Well, I've got an EP coming up, which is hopefully going to be out by the end of this year. I'll also be playing at Meadowlands. So that'll be really exciting for me anyway. But yes, I'm super excited for that. I think it's like the first time that I've really got a cohesive set of songs - they all kind of link together in some way and they all feel quite meaningful to me. I'm excited to get that ready to show everyone.”

So is there going to be a kind of cohesion, or a theme, between all of the songs?

“There's definitely some themes that run through it, but it's literally just like a diary entry of my life, really. That sounds so cheesy, almost like a Disney child star waffle, but I guess that is the basis of it all, really.”

Yeah, I mean, having kind of a snapshot of where you're at at a specific moment in time. I totally understand how that could translate. That comes through in the music as well, I think.

“Thank you! That’s exactly it.”

Not a problem! Thanks so much for taking the time to talk to us today.

“Not a problem, thanks Lucy!”

Michael will be accompanying the likes of The Kooks, Black Honey and Gerry Cinnamon on 3 June at Meadowlands festival in Nottingham. You can buy tickets here. 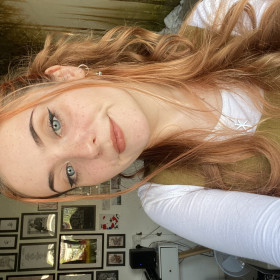 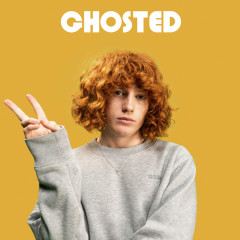 Last week, I caught up with indie-pop icon Michael Aldag. We chatted about show preparation and songwriting.