Comedian by night, Renewal Coordinator by day, James Bennison's latest show How to be a Supervillain is coming to Brighton Fringe this May, following last year's win of Brighton Fringe 2015 Best Young Comedy Performer.

What is your job title, and what does that entail?

By day I have a very tedious job at a business finance company. My job title is Renewal Coordinator but it generally entails me listening to people complain all day and finding ways to do as little work as possible without getting fired.

Wake up at 7.30, fall back asleep immediately, wake up again at 8.05, panic that I'm going to be late, get to work 10 minutes late with an ingenious excuse as to how I got trapped on the tube (again), power through 8 hours of office work, leave work bang on 17.00 and try and grab a bite to eat before going on to perform comedy at one of London's many comedy nights around 19:30, end up home around 23.30. Normally I should go to sleep at this point but end up evaluating my performance with my flatmates who are all comedians too. End up in bed around 1.00 and then go to sleep, ready to be late to work again tomorrow.

When did you decide to get into comedy? Was there an initial embarrassment in admitting you want to make a career out of being funny?

I went to university in Manchester and ended up performing an adult pantomime with some very funny individuals who ended up becoming my friends (reluctantly). Some time afterwards one of those "friends" started up a comedy night and asked me if I wanted to be the other half of a double act with him. We did musical comedy for about 5 years together which taught me the art of writing a show and performing comedy on stage (as well as seeing a lot of open mic stand up). I then moved to London and he stayed up north so I decided to start doing stand up to fill that creative void. I've spent my life on the stage so doing comedy was a natural extension and no one was really surprised. The most common question I got was: "Are you funny?"

Did you get a big break at any point, or has it been quite a steady uphill process?

I haven't ever been spotted or been given a big break or anything. Its been one massive uphill struggle and I still feel like I'm nowhere near the top. The best thing that happened was last year winning an award at Brighton Fringe. For a while I thought that I'd made it and everything would fall into place but things remained pretty much the same. Fingers crossed that this year I will get someone influential sat in the audience who enjoys it! That's how I tend to spend a lot of fringes, with my fingers crossed. It makes flyering really hard.

What can audiences expect from How to be a supervillain?

It's partly a sequel to my award winning show last year, How to be a Superhero. Last year was about me trying to live my dream of getting super powers by recreating the origin stories of my favorite heroes in real life. It was part fantasy, part travelogue and was really good fun to perform. This year will take a darker turn (as sequels tend to) where I will show audiences how to take over the world. Expect a lot of true stories about me embarrassing myself in public and of course, a fantastic costume.

How do you think fringe theatre can help young comedians and performers?

I think Fringe's are the most important time in a performer's career, especially early on. In part its a way to hone your craft and learn which jokes work, which jokes suck and what kind of a comedian you are. Doing the same show every day for three or four weeks will either make you a much better comedian, or will let you know that comedy isn't right for you. You can also start to build up more of a following year on year so that eventually you can stop doing free venues and start doing paid shows with confidence that people will come and see you. There's no better feeling than recognizing audience members from the previous year sat ready to watch this year's show or having someone come up to you in the street and show you the badge they got at your show that they're still wearing two years later.

Is there a right or wrong way to approach a fringe show as a performer? Are there any big challenges that you might not find elsewhere?

The Fringe is like a small little globe of existence where everything outside of it is irrelevant. If you are going to come into that globe you have to be prepared to throw yourself into it as much as you can. You have to be prepared to spend hour after hour standing in the street flyering people who don't want to be flyered and convince them that they want to come and see your show. You have to look for as many opportunities as possible to help promote your show, be it at some open mic comedy venue in a dungeon somewhere or performing on the street to bemused looking children. You have to teach yourself how to write a press release and work out how to send it to the right people, as well as learning what makes an eye catching flyer which will make you look professional. There is obviously a social element to the Fringe too and the main thing I learnt after years of doing it is that it's very easy to lose yourself in that and get drunk every night and wake up late feeling awful and somehow find the energy to perform the next day. At the end of a month you will be barely standing and will have a two week long hangover. My biggest challenge was learning how to say "no" and take some nights off from drinking, and after doing this last year I actually was able to stand at the end of it.

And finally, what advice would you give to any young person who was looking to get into comedy?

Firstly, you are going to suck. You are going to suck so hard and you will want to crawl into a ball and cry at how badly you suck. You will suck for a long time too. It will take a while for you to work out how to structure a joke properly, how to deliver a joke properly, what your stage persona is, how to stand, how to talk to the audience. That stuff takes time. The only way you will get better though is to keep doing it. Keep being awful. Record every gig you do and force yourself to listen back and you might be surprised at what you hear. Listen to what people laughed at (and what they didn't laugh at). If you see other comedians you like, talk to them afterwards. If you can bring yourself to, ask them their opinion on your set and see what advice they give you. You might not agree with it but try doing what they say and experiment a bit. The first year (more likely two years) is one big experiment to see what kind of comedian you are going to be and working out how to be good. I guess what I'm trying to say is this; don't give up.

Want to know more about how to make it as a comedian? Check out Creative Choices, the arts careers website:
https://ccskills.org.uk/careers/advice/article/sta... 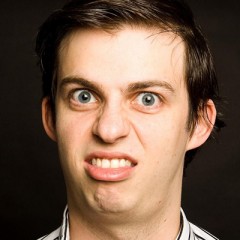 Comedian by night, Renewal Coordinator by day, James Bennison's latest show How to be a Supervillain is coming to Brighton Fringe this May, following last year's win of Brighton Fringe 2015 Best Young Comedy Performer. 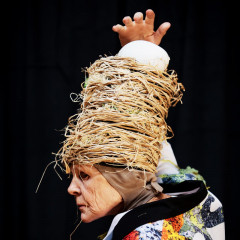