Edward Buxton (he/him/his) is a Queer writer, filmmaker and playwright from the UK. Since graduating in 2015, he has worked for the BBC & Channel 4, worked as a production runner and assistant director on BAFTA nominated and Oscar-qualifying short films. He has taken part in the TV talent scheme ‘The Network’ at the International Television Festival in Edinburgh and written a feature-length play for the theatre company Eastern Angles.

As part of BBC New Creatives, Buxton was commissioned to write and direct a short film called Finger Prick. The short follows Alexi (played by Derry Girls’ Dylan Llewellyn), who enters a moment of personal crisis. After one night of discreet pleasure in the sticks, he uses a home testing kit to test for HIV, but he’s not as alone as he first thought he was.

I adored Finger Prick and the sensitive portrayal of doubt and trust in a seemingly safe space. Where did you get your inspiration for this story?

Thank you! That’s really nice of you to say so - I’m never quite sure what people are going to make of the film, partly due to the length.

The inspiration for the film came from a number of places; my frustration at my local sexual health clinic only being open one day a week at a time when I am unable to go, an episode of FX’s Pose featuring a storyline where the male-identifying characters got tested which in turn prompted me to get ahold of my own home HIV testing kit, living as a gay man in a small rural countryside town and dealing with feelings of internalised shame and homophobia.

I think all of those thoughts, feelings and themes came together to help create the backbone or DNA of what would eventually become Finger Prick. Before I even started writing the film, I knew that the events of the narrative would take place inside a bathroom as it made the most sense to me. But I was also drawing on my own real-life experience of testing for HIV inside my bathroom at home whilst life was going on as normal outside the bathroom.

In terms of that sense of doubt and trust in a seemingly safe space, Alexi as a character is dealing with years of internalised homophobia and shame whilst he does his test. As a viewer, I think you pick up on the idea that Alexi is still finding his way. 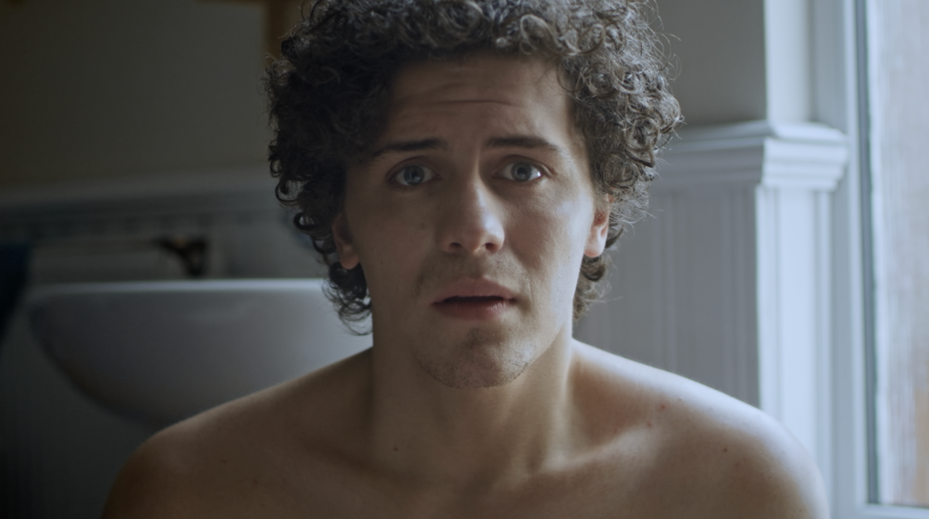 This is a very personal question for every single screenwriter in the world to answer, but how many drafts of the script did you go through? What changed, and what did you learn during that process?

It’s been quite a while since I last visited the script of Finger Prick, but I think that during the writing process, I reached a total of either 5 or 6 drafts of the script. The first initial draft of the script was the one that I sent off to Rural Media when I originally applied for the New Creatives scheme.

Writing Finger Prick was an incredible learning curve for me but also one that I felt I was ready for. I learned so much from Rachel Lambert (associate producer on Finger Prick), as she really challenged me to write better with each draft of the script. As someone who hasn’t had many commissions over the years or as much luck with the TV & Film industry in terms of writing, it was nice to have someone like Rachel show me the ropes and root for me to succeed.

What was it like producing and creating your BBC New Creatives film alongside Rural Media and your crew during a global pandemic?

It’s very strange because I wrote Finger Prick for the BBC New Creatives scheme towards the end of January 2020 - back when the pandemic felt like this far off and distant thing, slowly beginning to loom over the horizon. So for me, the initial script of Finger Prick acts as almost a reminder of the ‘before’ times and the stages of production that followed after my initial commission took me through the turbulent events of lockdown one and the majority of 2020.

To be honest, I’m incredibly relieved that I had a creative project to work on during that first lockdown, as it kept me going and gave me something to focus on during a very trying and difficult time. I was working my job from home and writing Finger Prick back to back at the same time, and at one stage, we weren’t entirely sure if the film was going to go ahead because of the pandemic, but that luckily didn’t come to pass! 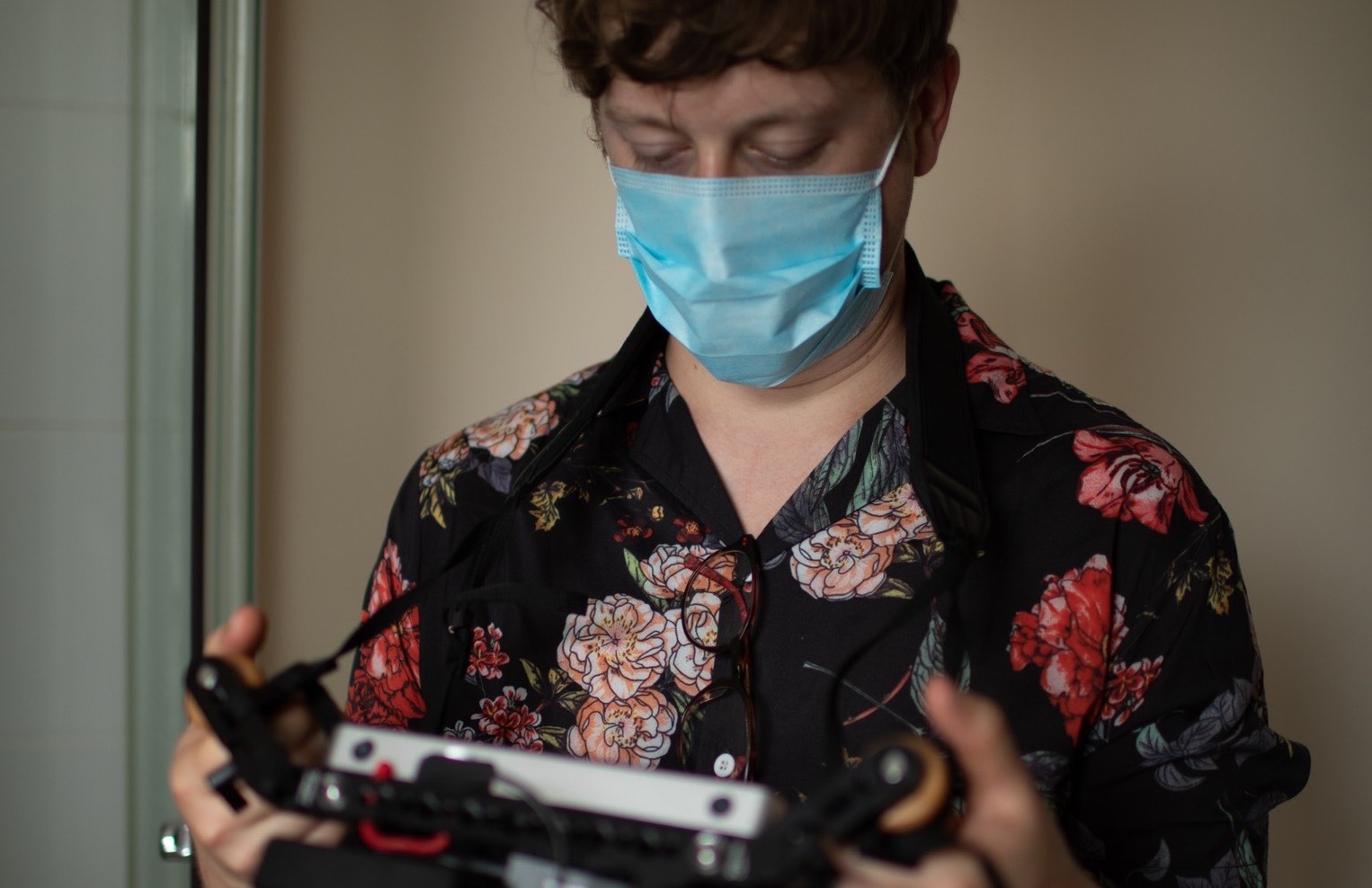 There was a really special connection between Alexi and Lex. How was it working with both your on-screen actors, Dylan Llewellyn and Edward Crook, to create that dynamic?

What a dynamic duo! If you had told me in 2019 whilst I was watching Derry Girls that Dylan Llewellyn (the wee English fella) would be in my film the following year, I think I would have laughed. Dylan and Edward Crook are utterly amazing together as Alexi and Lex, and considering that we only had one day of filming for the entire film - they really made it work.

I prefer to rehearse with actors before filming begins so that they have a better understanding of who their characters are, what their motives are and where they’re headed in the story. But, due to the demand of the shoot, I didn’t have time. So a lot of the direction came from me just talking to them both and having a conversation with Dylan and Ed on set about the narrative, answering any questions that either of them had for me.

Finger Prick feels like the start of an important conversation. With its recent screening at Phoenix Leicester (alongside De Montfort University) and release last year on BBC Four and iPlayer, how have you found the reception of Finger Prick?

The reception of Finger Prick so far has been incredible! After the initial broadcast in November 2021 on BBC Four, I had family, friends and work colleagues tell me how much they loved Finger Prick - even demanding for more which really took me by surprise. Audiences want to see these characters and the world within Finger Prick again and see what happens next to find out whether or not Alexi goes through with his decision.

So I would personally love to do a mini prequel TV series of Finger Prick where we lead up to the events of the film, with time to explore themes of loneliness, shame, hook up culture and inner homophobia as a gay man living in the countryside. I think it would work really well on a platform like BBC Three, but I’m definitely getting way ahead of myself there!

Seeing the film on the big screen and then taking part in a Q&A panel session to celebrate LGBTQIA+ history month at Phoenix Cinema in Leicester with De Montfort University was incredible. I felt very emotional seeing my work on the big screen for the first time as it’s something that I’ve always worked towards but often thought would never happen. The Q&A at Phoenix Cinema also highlighted the conversation around testing for HIV and acted as another reminder that there’s more work to do and a bigger need to normalise testing.

At Voice, we celebrate the arts and emerging creatives. What got you into filmmaking, and how has that turned into a career path?

As a kid, I spent a lot of my time watching and obsessing over TV shows and films that I would then later reenact with action figures in my room. A lot of the time, I would invent my own storylines or even create new worlds with new characters and tell stories that excited me - stories that I wanted to see on TV or at the cinema. I watched a lot of Sci-Fi and Fantasy. I think that both genres are so enriched with their history and strong backstories for their characters that I instantly connected with that aspect of storytelling and wanted to have a go myself.

So in my teenage years, I started to make my own short films and uploaded them to YouTube - back when content could only be up to 10-minutes in length. Rising to the challenge of only 10 minute videos, I would devise and create my own stories and release them online, which ignited my passion for filmmaking. 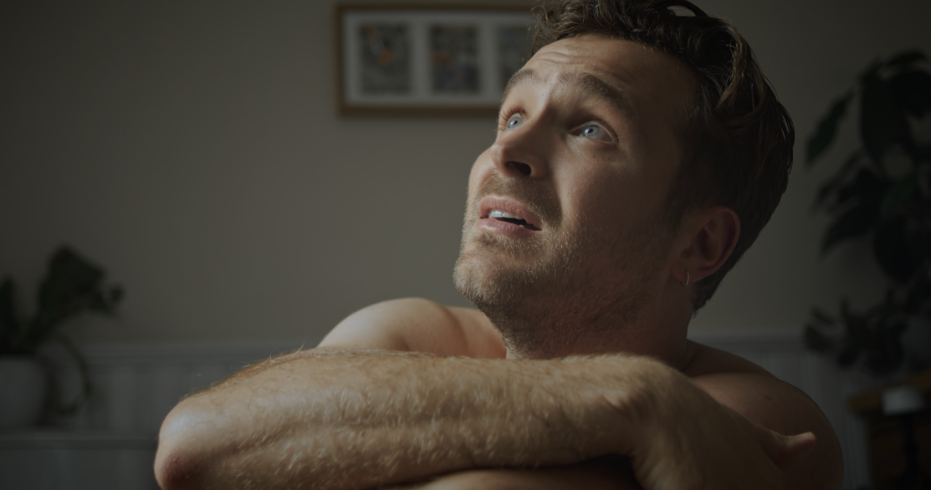 Do you have any advice for a young person who has something important to say and is looking to follow in your footsteps?

It’s okay to be unproductive and to have not written that draft of your script yet. It’s okay to have days or years where things don’t happen - this is what filmmaking is all about! Have patience, treat others with respect and keep going. Keep pushing, keep applying and keep writing! Don’t be afraid to ask for help either, and don’t give up.

I have to remind myself of that last point quite often! Just because one person doesn’t think that my project is good enough for them doesn’t mean that it’s not going to be commissioned elsewhere.

Finally, what’s next? Are there any projects or plans our readers should look out for?

For Finger Prick, it’s all of the film festivals next, and there are quite a few big ones to look out for! I’ve already won an award of excellence from One-Reeler Short Film Competition in LA, and I’m also a semi-finalist at the CIFT Toronto Film Festival in Canada, which is very exciting. Watch this space for any further developments with Finger Prick! There’s still plenty of promotional work to be done for Finger Prick, so I’ll be carrying on with that too.

I’ve got another short film in the works that I am currently in the early stages of writing and developing, which will be taken from a personal experience similar to that of Finger Prick. The film is going to explore loss, grief and mental health from the perspective of a teenager in the late 2000s. I’ve also been applying to various opportunities to write different formats, such as a TV drama serial for Netflix about a subject matter that’s never been discussed before and also a short film for Channel 4 where they choose the subject of the film. I guess that we’ll wait and see what turns up. 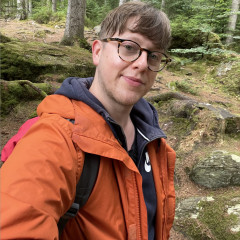