Lauriston Hall’s venue is airy, with good lighting, and the audience is close to where the action is. With no dimming of the lights or hushing of the crowd, Jonathan Smeed steps in through a door, walks on stage and begins to speak. There are no props, no scene transitions, just him moving around the stage and telling a story. And it is exceptional.

Firstly, the acting is stunning. For his Fringe debut, Smeed immediately establishes himself as a force to be reckoned with. Looking back on the performance, it is astonishing to think that he was entirely alone on stage. So many moments in the story feel vivid and detailed, despite the absence of any set pieces. All Smeed had to work with was his own body, but he took this limitation and turned it into a boon. He built a world with his expressive physicality, the best example I have seen of that method of acting. He perfectly captures complex emotions as he tells the story, giving the narrative an impossibly effective sense of immediacy.

Speaking of the narrative, Stephen Laughton has done something special with his writing. First produced back in 2016, the playwright has delivered a script that could be read on paper and still have a powerful impact, although I am extremely glad it is a performative piece. There is precision in even the most digressive of details. Nothing feels superfluous. Even when the narrative takes seemingly random directions, it still feels like a coherent whole. The last adventure before Adam’s parents come home is so charming and filled with reflective melancholy even as the whale (don’t ask) swims away from the shore.

Nicknames, inside-jokes, and seemingly innocent questions are called back to time and time again, holding different and more intense meanings after each revival. It is a magnificent depiction of love, one that makes you feel every little excitement, frustration and pang of longing. It ends similar to how it begins, with Smeed exiting without fuss through the same doors he entered in, this time with uproarious applause following him out.

This is a piece of creative craftsmanship, the likes of which I have not seen on stage before. If you ever have the chance to see this show, take it. I can only hope it returns at a later festival because I already want to experience it again.

Tickets to the final performances can be found here. 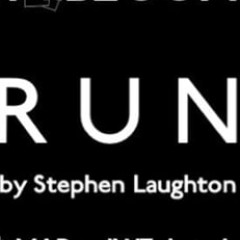