Elf Lyons delivered a delightfully risqué rendition of Swan Lake, replete with a burnt orange speaking suitcase and condiments, including a healthy dollop of ketchup. The prologue saw an introduction to the five pillars of ballet — ruler, fork, bendy ruler, robot, and… nutri bullet. It was funny, it was silly, and it demonstrated the very best of physical comedy and the power of a plastic whistle (end scene).

We were welcomed in by an animated Elf Lyons, dressed in a remarkably convincing parrot costume (I jest), and a questionable French accent (we were itching for subtitles). We may have departed from the continent, but for an hour I suspended my disbelief in favour of a show that, in her own words, made tout le boys cry.

The soundtrack had a life of its own, reaching from the very best of France’s Jacques Brel to Grandads of UK drill Bas and Pete and Azealia Banks’ 212. Tchaicovsky made an appearance, of course, as did adhoc technician Cliff, who stepped in at the eleventh hour to take on an illustrious production on a trés big stage. In the early Summer evening, “can I have a blackout please, Cliff” rang out to a round of applause. It was ridiculous, of course, but spoke to the thrill of the clownery that a halloween mask and two swimming floats can inspire. The classic string of handkerchiefs out the sleeve trick translated into a somewhat endless ream of brassieres, that naturally graduated to fairy lights. “There’s tinsel at Christmas” remarks Elf. I call for a reprise!

After the "interval”, Elf descended from the stage and played the audience interaction game. Yes, there were bubbles, yes, there was a hand puppet, no, I did not volunteer my services. After gracefully mounting the stage once again, we were gifted an intimate reveal, a naked Elf Lyon’s blessing the crowd with a liberating conclusion to a ballet classic. I’d see this show again in a heartbeat, and so should you. 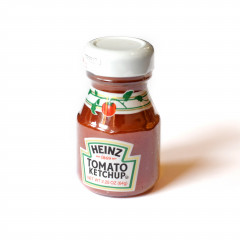