When one thinks of St Paddy’s Day, the colour green, four-leaf clovers and pubs packed to capacity are some of the things that come to mind. But for the Irish community, it’s a celebration of culture, religion and their patron saint, and ‘A Paddy’s Day Delight’ certainly takes a different approach to an age-old celebration.

Directed by Derek Murphy, edited by Amy Spall and created by DK Productions, ‘A Paddy’s Day Delight’ was just that – a delight. The hour-long special regaled us in Irish Folk tales, new writing by Irish writers, some authentic Irish instrumental score, and that well known Irish humour. With a hilarious weather skit from Drag Queen and cabaret star Orla Nothin’, the show allowed us to associate St Paddy’s Day with a different sentiment.

The new writing the show featured was particularly special and contrasted with the folktales that Derek Murphy and Stephen Cheriton narrated. Macriarch by Sarah Kearney has to be a favourite piece of new writing that was featured. It tells the story of a girl who lost her mother, and as she clears out her mother’s house, she reflects on the things that made her mother so special – and unapologetically Irish.

A Paddy’s Day Delight really was a celebration of Irish culture, for Irish people by Irish people, but that didn’t make it any less enjoyable or any harder to follow to non-Irish viewers. I thoroughly enjoyed how it was punctuated by ‘Actual real-life Irish news headlines with Derek Murphy’. This skit provided a funny juxtaposition between the folksy storytelling and the perception of modern-day Ireland.

That being said, it’s grown increasingly tricky having to create theatre on Zoom, or digitally, as people are well over having to consume theatre online and are desperate for the real thing.  People didn’t expect us to be in lockdown for too long, and although real theatre never tires, online theatre certainly has a sell-by date.

In parts, ‘A Paddy’s Day Delight’ did try to create the feeling that you were actually in a small theatre. With some rather tasteful green screen work and a few props, each cut to black was reminiscent of the curtain coming down for a quick set change.

In a way, that may have been part of the problem as the show reminded me of what we are all missing.  If ‘A Paddy’s Day Delight’ had taken place IRL, the laughter from the crowd, the audience singing along to Orla Nothin’s ‘I cannot be a Nun’ would have turned the show into an experience. And although that’s not something that anyone on the production team could have changed because – well, Covid – I think a performance like this needed it.

‘A Paddy’s Day Delight’ was different to many online shows I have seen, and that certainly made it refreshing. However, as the way in which the stories were told, courtesy of the soothing voices of Murphy and Cheriton, more visual representation of the feelings they conjured up of an olden day Ireland, would have gone a long way.

Despite this, a lot of hard work went into making ‘A Paddy’s Day Delight’ authentic, from the music to the headlines and that weather skit at the end, reminding us all why Ireland is the perfect place for growing potatoes and not so much summer vacation spot. 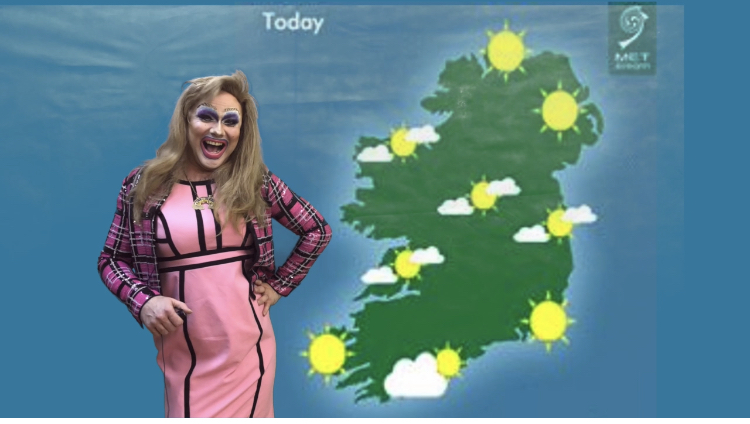 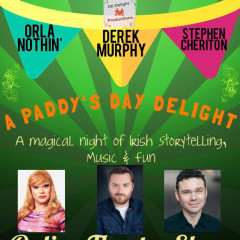 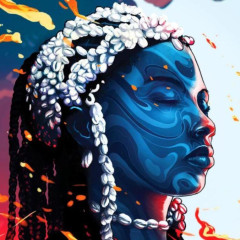