Idan Wizen is a French-Israeli artist working in Paris, and his art has been exhibited in French and international galleries since 2009. The main idea of ‘Un Anonyme Nu Dans Le Salon’ is to ‘pay tribute to the uniqueness and diversity of the human race’ and the scale of it certainly endeavours to reach these lofty heights. More than two thousand people have been involved over a decade, and there have been 35 exhibitions held across three continents.

Within the project are twelve collections, each with a different title and theme, but all centred around nudity. Some of the photographs are more natural, while others feature showy props and grand backgrounds. The most successful images of the project are those that appear unposed and unpretentious, with the subject’s naked body pictured in a relaxed stance.

The photographic process itself involves the models posing nude only once, before one shot is chosen for the project. There is also no casting process, meaning all of the models are volunteers. This lends a significant sense of agency to these images which could otherwise verge on seeming dubious without the context of the project’s goal to present the subjects ‘without pageantry or eroticism’.

Underneath the sheen of artistic metaphor and ideation, the merit of Wizen’s project lies in its inclusivity. The viewer sees subjects that are of all ages, weights, genders, abilities and races, and these refreshing images speak for themselves. While nudity is far from being a groundbreaking artistic motif, the individuality that grounds ‘Un Anonyme Nu Dans Le Salon’ is reflective of changing attitudes towards diverse bodies in the 21st century.

You can find the project’s website here and read our interview with Idan Wizen here.

We also interviewed Idan Wizen, and you can read that interview here. 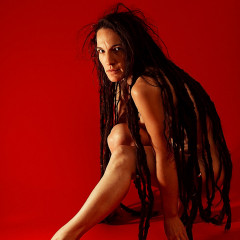 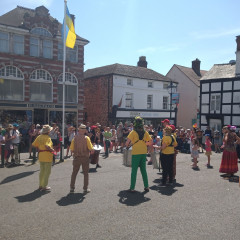