Toy Story was revolutionary for its time when it was released in 1995 and was the first computer-animated feature film. It was unlike anything anyone had seen before and its major success paved the way for the future of computer animated films.

I love this film not only because of the creation and acting of the animated characters, but of Tom Hanks and Tim Allen who voice Woody and Buzz. Their performance has to be congratulated and they really bring these characters to life and engage the audience with their lovable natures.

Unlike Disney (who at the time were the most successful animation company), Pixar broke away from the traditional Disney story of princesses getting saved and did not have the main characters sing songs - although the soundtrack used in Toy Story is great.

John Lasseter, the director of Toy Story, juxtaposes the main character Woody, a cowboy doll, with Buzz Lightyear, the latest space-age astronaut geared up with cool new devices such as ‘shooting’ lasers. Woody has to overcome this challenge of a new toy who does not realise he’s taking the position of Andy’s favourite toy. However, he decides to ignore this and suddenly appears to be the villain to the other toys whilst trying to get rid of Buzz. Toy Story won an Academy Award for Best Original Screenplay in 1995 and John Lasseter also won a Special Achievement Award for his inspiring leadership on the team of Toy Story.

Critics have argued that actually this story of a new concept replacing the old (that is reluctant to accept this new change like Woody) is replicative of what was going on at that time in the 1990s as people were very reluctant to embrace computer-animation and feared that jobs and the art form of 2-D animation would be lost.

Even though the humanisation of these toys is good, some people still cannot connect with the idea of inanimate objects coming to life and therefore these characters can be limited in the effect they have on audiences. People in other countries also may not connect well because the toys in the film are American toys and are therefore not as nostalgic for foreign audiences.

Nevertheless, through the film, Toy Story teaches all children to dream big, care for others and not judge people before they get to know them and consistently creates an action-packed adventure in a real life world.

Toy Story is a must see and if you like a feel-good family movie then this film is for you! 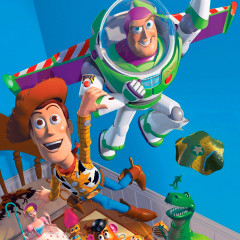 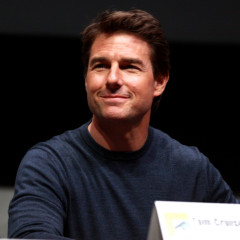