Sara Barron is unashamedly American – which is more than can be said for the fellow Yank in the front row – and she's not afraid to bring some of that US pizzazz to these most troubling of times.

Sara’s show ‘Enemies Closer’ was funny (to say the least), witty, accurate, and a much welcomed distraction from all the bad news that we can’t go five minutes without hearing. From a lengthy account of her hatred (and secret sweet spot) for James Corden, plus listening to her rank her family and friends from best to worst (poor Kim), Sara certainly put a pep in everyone’s step and an ache in their jaw.

Every seat was occupied, and she had the room in hysterics, which probably comes easy when you are as comfortable on stage as Sara appeared to be; she certainly owned the upstairs of the Pleasance Courtyard. There were a few Sara Barron veterans in the audience, and I can see why. She says what we are all too polite to say, especially as Brits, and I don't know if it's her American accent or pink hoop earrings, but it works.

Sara has charisma, and I'm not just saying that because she said she did at least four times in the first half an hour — which by the way Sara is one of those things you’re supposed to let other people say about you — but she really does have a presence on stage that brings her performance alive.

Sara has a flair for saying dreadful things about beloved family members and dear, dear friends that completely disables your moral compass. If you're reading this Sara, yes I'm talking about the ‘Granny falling up the stairs’ story, and reader, yes, it’s almost as bad if not worse than you’re imagining in your head. I won't spoil it for those who haven’t seen ‘Enemies Closer’ but I will however assume it’s on your list of things of to do.

‘Enemies Closer’ is playing at The Pleasance, Upstairs (that’s actually the name of the venue) until the 25th of August. 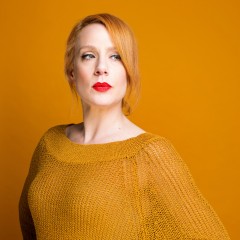