Suddenly our suburban cosy restaurant in the Hollywood Hills crumbles, as the waitress gets a bit too carried away with the tidying procedures. It's not long before the accents follow suit and we're not in a glamorous American 'Picture' anymore, but with British actors in a rehearsal room roughly three weeks before their show opens. Our tight-knit cast are back to the drawing board, experimenting with their casting choices, with our trusty, smile-plastered waitress (Nnenka Okoye) volunteering herself to try John's scenes.

As an actor, I did enjoy these candid (well candid enough) snippets of the rehearsals and found it a brilliant structural twist in the plot. I must add at this point that our cast is a group of four, with one male. The male playing the lead John, and now the writer behind the piece he describes as tackling 'toxic masculinity'. It cleverly showed the audience that sadly not much has changed since the porn era of the 1980s to the fringe rehearsals of 2019 London, with the male still possessing sole control of the piece. Our one male continues to watch on as the other three women switch with gender-blind casting experiments and he still manages to capture the audience's attention, as Fletcher captures the uncomfortableness felt by the writer watching on as the show deviates from his vision.

One actor in rehearsal, Philippa exclaims that 'there is so many more exercises we can do to play with the choices more' and I totally agree with the piece, I wanted to see more women tackle the male role on offer and think that the play in general only did 'scratch the surface' of what it wanted to achieve.

'Wood' ended very swiftly at 50 minutes long and I am not lying (or acting) when I say I could've watched a whole two hour show of the piece. Or even a sequel? It ended too quickly, or dare I say abruptly. The ideas that were brought to the surface were combined with fantastic direction, stylish décor and a truly stellar cast who worked as a well-oiled machine. I know what I'm waiting to see next year! 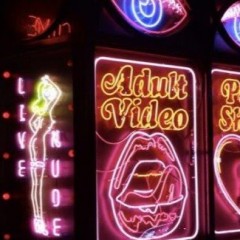