Presented by innovative theatre company Anonymous Is A Woman, Greyscale continues the company’s mission in sharing unheard women's stories. Greyscale is a site-specific show focused on consent. The play is inspired by the Aziz Ansari scandal, whereby the famous comedian was accused of pressuring his date into sex, while diminishing her story as just a 'bad date'.

What's great about Greyscale is the refreshing format. The audience are given the facts and are shown two sides of a story: Jay and Lucy, two characters who don’t know each other, meet through Tinder for their first date. Afterwards, they are left questioning the experience and their own perception of whether the lines were blurred.

Our host, Hannah, guides us through three separate scenarios over one night: firstly, a chat with one of the characters about how the date went (chosen by an audience blind vote); secondly, the date itself in a container cabin; and finally, the aftermath in the pub or smoking bay (again it's up to the audience which path they choose). The show is played out on location, with scenes taking place in a real pub and smoking bay. During the performance, members of the public frequently interrupted the scenes, leaving the actors to adapt to real-life scenarios.

I'm not going to say which version I saw, but I did find the acting a little bit too rehearsed at times. When actors have rehearsed a script to the letter, they sometimes fall into a rhythm, which can make the performance lose its spontaneity. This was evident towards the start, when we first met our date, who tried to ask questions of the crowd. Unfortunately, the lines felt too regurgitated for us to respond back.

It was enjoyable to watch the creative direction and the incident enacted in the space of the container, a short walk away from the festival's centre in Waterloo. Designer Elouise Farley has done an impressive job, creating 'peep holes' for the audience to spy on the action. The juxtaposition of these holes is an ingenious idea, as society rarely sees what goes on behind closed doors. For a thirty-minute piece, with enough action in such a short space of time, the performance feels all too real.

In Greyscale, the audience play detectives as they piece together the isolated narratives. Afterwards, we were left to weigh up the play's exploration of consent based on the facts. As its title suggests, the matter of consent still remains a 'grey area'. Which leaves me wondering: Will Anonymous Is A Woman share what their audiences thought after the run? 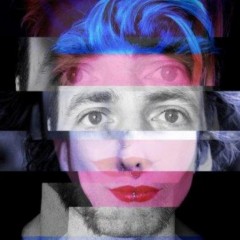