Rebecca Humphries’ brilliant musical is a mockery of American high school culture, a spoof of all musicals ever set in high schools, and a true celebration of loving and accepting yourself and one another. It is inspired by the true story of Matthew Crisson, a non-binary student at La Guardia High School in New York, who, in 2016, was crowned Prom Queen. Their win was met with a lot of negativity as people took to social media to voice their outrage that ‘boys win everything’, but it was also met with a whole lot of love and acceptance, and that’s what this show brings to the Fringe.

As you enter the venue the cast are waiting with pots of glitter to decorate your face with, and you instantly know it’s going to be a great hour, because, obviously, glitter makes everything better. The show then kicks off with the one and only RuPaul Charles - played by William Donaldson - introducing us to Matthew’s story, before we’re plunged straight into an American high school complete with cheerleaders, jocks and outsiders. Matthew fits into the latter category, and as such, represents the majority of the student body in their bid for the title of Prom Queen.

Matthew is played by all four actors (excluding Donaldson) at various points; two are female and two are male, so it’s not difficult to see the point they’re making, but I love it for its simplicity and poignancy. Transitions between characters are mostly done with just an accessory - a hat for Matthew, glasses, helmets and wigs for others - and are impressively convincing. Natalie Klamar in particular is brilliantly unlikeable as the bitchy blonde cheerleader who is frontrunner for Prom Queen, but endearing and vulnerable as Matthew.

The songs are catchy and fun, the exaggerated character stereotypes are hilarious and the costumes are fabulous, and underlying it all is this wonderful sentiment of joy and self-belief that elevates the show from a well-written musical comedy to a beautiful display of the importance of being yourself. The ending is particularly touching, as the five performers come together in a rare quiet moment to describe some of the reactions Matthew received after their win. The final song, which features the lyrics ‘I’m beautiful if I say so’, brings to the foreground the crucial message of the show, and the instantaneous and unanimous standing ovation at the end is wholly deserved. Few shows are as uplifting and inspiring as this one; it will leave you feeling happier and more positive about the world than you’ve ever been. 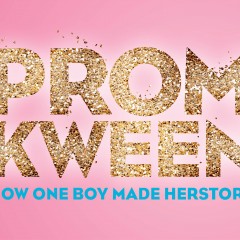