Matt Abbott’s debut one-man show, ‘Two Little Ducks’, features a selection of poems that focus mainly on politics and kitchen sink realism. He takes to the stage with a copy of the book, informing the audience that he does know all of his poems by heart, but he’s never been published before so he’s going to pretend to read them from the book because it feels good. His first poem is about the closing down of the final coal mine in Britain, from the point of view of those who worked there and what has been lost; a side of the story rarely heard.

Abbott performs with little fanfare, letting the words do the talking; every poem is beautifully constructed, with a flow and momentum that clearly shows his innate understanding of rhythm. Some poems focus on Maria, a character he’s been writing for ten years whose life is a healthy dose of that kitchen sink realism, while others are based on his time as a volunteer at a refugee camp in Calais. At times lyrical, at times blunt and unapologetic, his poetry reflects its topic and is layered with anger, sadness and conflict as it confronts the injustices of the world. He is a truly gifted poet.

Joelle Taylor has spent nearly two decades trying to help disadvantaged kids get into spoken word through her society SLAMbassadors. Her poetry is raw, vulnerable and strong, filled with pain and hope in equal measure, all of which is heightened by her emotional, mesmerising performance.

Her new collection, ‘Songs My Enemy Taught Me’, contains her own story alongside stories of women globally. She reads a poem about the horrors she suffered at the hands of three male soldiers as a five year old child, and another about the teachers at a school she visited as a grown woman who turned the students against her based on the way she looks. Each poem is an outpouring of emotion, a stand of defiance against those that would destroy her, and it is heartbreaking and brilliant and absolutely beautiful. 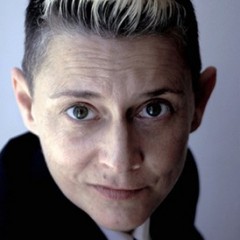