On 16th December 2017 I went to see The Nutcracker ballet at the London Coliseum. It was performed by the English National Ballet (ENB) and students from Tring Park.

The Nutcracker is quite a traditional ballet for ENB as they have performed regularly since they opened in August 1950. This particular production is the company's tenth and was premiered in 2010. It was choreographed by Wayne Eagling.

My favourite scene of the ballet was the snowflakes in Act 1, this is because all the dancers were really in sync. I also really liked the dresses as they were all white and looked really beautiful on stage. I do ballet myself so it was very inspirational, especially the pointe work as I have just started this. It was really impressive seeing the dancers on pointe, they made it look so graceful and easy when it's not actually as easy as it looks and requires a lot of strength. When the men did the jumps it was also very impressive as they jump so high.

One point I didn't enjoy as much was the party scene at the beginning of Act 1. This is because I felt there were a lot of people onstage all doing different things so it was hard to focus on one thing. I also personally prefer the big group dances as I feel they are all one, however I did enjoy watching the children as they were around the same age as me.

One fact I learnt were that over 3,000 metres of fabric was used on the costumes. I also discovered that ballerinas can get through three pairs of pointe shoes in one performance, with each pair costing around £40 the ENB spends over £160,000 on pointe shoes every year.

I would definitely recommend seeing The Nutcracker, especially if you practice, or just enjoy, dancing. 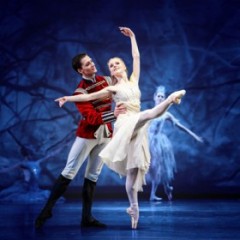 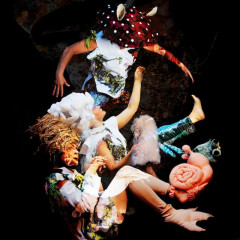