This one-woman show focuses on a girl called Bethan who goes to market with a cow to try and find a tractor she can borrow. She has recently moved back to her family's farm to help her father, who has been struggling since her mother died of cancer two years previously. But she doesn't want to talk about that. Instead, she's going to whip out a mini plastic chainsaw and do a strange dance that goes on slightly too long to really be funny.

The problem with this play is that it isn't really sure what it's trying to be. The main actress, Jessica Barker-Wren, plays every character she encounters (adopting slightly over-the-top baritones and cocky stances for the men), as well as narrating every detail of the main character's experiences. And I do mean every detail. There are some good jokes, but many are laboured and fall flat, and on more than one occasion the slightly superfluous music was too loud to actually hear what she was saying.

There are some redeeming features, however. Barker-Wren has a lovely voice and some of the songs, particularly the final one, are emotional and beautifully performed. The large, fluffy cow on wheels that is the only set proves surprisingly versatile, and the comment the piece makes on loneliness and hope is a meaningful and relatable one. Unfortunately, it wasn't clear at all that the storyline was not chronological, which left me quite confused at several points, and the over-the-top attempts to be funny were, more often than not, disappointing. It's not a bad show, but it's not a great one either.

Cow is on at Underbelly, Cowgate at 12:10 until August 27th. For more information or to purchase tickets, visit the EdFringe website. 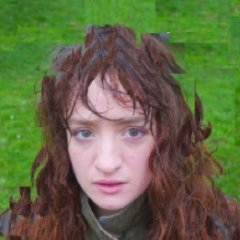