Ray Bradshaw has been fluent in British Sign Language (BSL) his entire life, as a result of being born to two deaf parents. He recently decided to put on a show that featured both spoken English and BSL, and the result is wonderful.

The show is split into three sections, each of which takes a different format. In the first section, Bradshaw signs while a pre-recorded voiceover speaks. In the second, Bradshaw speaks next to a video of him signing. In the final section, he both speaks and signs at the same time, which is incredibly impressive as he's literally speaking two languages at the exact same time. The signing itself is quite entrancing, and I found myself soaking up any that were repeated, trying to commit specific gestures to memory. It was an absolutely fascinating experience, and one I thoroughly enjoyed.

Of course, it helped that Bradshaw's material was very funny; he told stories of his life as the child of deaf parents, and the pranks he'd play on his dad - and those his dad would play back. Being told the wrong sign for a specific word can put you in a very awkward position when you repeat it at a comedy gig for deaf people…

These amusing anecdotes were interwoven with fascinating information about the variations in the sign language of different countries, and the difficulties that arise from the lack of direct translations for some specific concepts. The atmosphere was casual and the pace relaxed, and the audience warmed to Bradshaw immediately. He has an unassuming but captivating stage presence that keeps you enthralled throughout the show.

I grinned from ear to ear for the entire hour and left the theatre feeling happier and more excited than I had when I entered. If that doesn't make this show a success, what does?

Ray Bradshaw: Deaf Comedy Fam is on at Gilded Balloon Teviot at 16:00 until August 28th, excluding the 14th. For more information and to purchase tickets visit the EdFringe website. 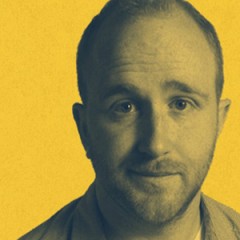