Novellie's combination of witty and hilarious observational comedy and intriguing and relatable anecdotes creates a consistently funny show which is thoroughly enjoyable to watch. He engaged well with the audience from the start and set a relaxed tone which allowed him to establish a friendly, genuine connection with the small but packed crowd.

The show flowed naturally and, while it lulled occasionally, featured funny and sometimes brilliant content. While I enjoyed the anecdotes about Novellie's awkward experiences as a 17 year old caricaturist on the streets of the Isle of Man and a safari experience in South Africa, I found his observational comedy much more amusing and often very clever. His topics were all relatable, ranging from food (always popular) to the differences between men and women (ones you've never thought of before, I promise) and he has that wonderful ability to voice something you've always thought subconsciously but never articulated, which I think is a fundamental feature of observational humour.

While many comedians create a dialogue by inviting the audience to participate, Novellie managed to create a conversational tone without doing this. He thrived on his own, feeding off the audience's laughter and maintaining the fun, casual atmosphere nearly effortlessly. I felt the show ended on one of his least amusing anecdotes, which - while still funny - was a slight shame as it didn't finish on a hilarious note. Apart from this, he was amusing and likeable all the way through, and had some shining moments which made him stand out from the crowd. He made me laugh for nearly the whole hour, so for that I applaud him.

Pierre Novellie is on at the Pleasance Courtyard at 21:45 until August 27th. For more information and to purchase tickets visit the EdFringe website. 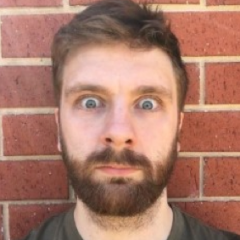