It was very interesting and had some amazing pieces of art which were very educational for me. The seasonal theme for the artwork at the gallery was "painter's painters - artists of today who inspire artists of tomorrow." there were many large rooms with huge paintings on each wall which featured artists like Raffi Kalenderian, Richard Aldrich, Richard Wilson and many more accomplished artists. my favourite painting was 'angels in the rain'- 1998 by David Salle. Salle himself has described the painting as a "reshuffle of existing stuff". The painting itself features stone angels in the rain and an array of random objects next what seems to be performing bears on bicycles. The creative impact the art at the Saatchi Gallery had on me ranged from me absolutely loving some paintings to me not quite understanding the purpose of others. There was what looked like a polished floor which was supposed to be artwork in one of the rooms which was called 20:50 by Richard Willson which i didn't much like simply Because the piece itself didn't require much effort to make seeing as it was a giant mirror and it didn't seem like it had been worked on very much just placed there. I was very inspired by the artwork at the saatchi gallery. Visitor numbers now exceed 1,5million each year, with over 2000 schools a year organizing student visits. I love that they are inspiring so many young people. 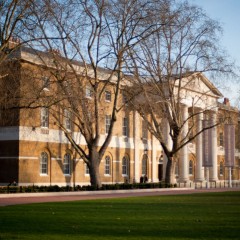