Landmines tells the story of Vida, a girl who is sick of seeing suffering, misery and unfairness in the world. She cannot simply ignore it. She insists on making a change in the world rather than standing by and watching like others. Vida feels trapped in this cruel world.

The piece reminded me a lot of the series Black Mirror, with a strong focus on politics and an almost futuristic feel. I thought the piece was set far into the future but I was constantly reminded that it was very much set in the present. That was, to me, the most shocking part of the piece, that the themes and ideas explored are all so very current.

As for the performance itself, it was well choreographed with a lot of physical theatre and dance. Even the transitions between scenes had been carefully thought about and choreographed. All of this physical work immersed the audience into the story-line.

A strong point with this piece was the use of technology. There was projections, flashing lights, smoke, and the basic spotlights and music. Despite the shear amount of technology used, The Bridge Theatre Company did not go over the top. We were still able to focus on the actors without too much distraction. The technology enhanced the piece as opposed to detracting from it.

In conclusion, I felt this piece was extremely relevant to the contemporary world and left the audience considering how far they would go to do what is morally right. The Bridge Theatre Company put on a show that was to a professional standard and I thoroughly enjoyed it. 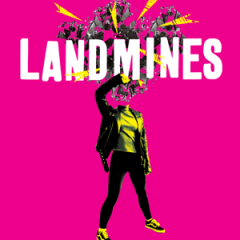