Serious credit must be given to those responsible for the costume design for Terabac. Using everyday objects, gloriously impressive costumes were used to create some incredibly intricate pieces. Ranging from bike helmets as the insects sternum to a human sized black widow spider, there is no doubt that a lot of work went into the creation process.

Throughout the piece, there were two dancers whose physical theatre was very impressive, capturing the movement of each new insect with wonderful precision. The highlight of the performance for me was when the Black Widow tangos with her prey, taking him down whilst remaining gracefully poised.

Unfortunately, the overall performance felt quiet bitty and disconnected. While interesting and educational at moments, the facts and stories about each insect felt out of place following on from each physical section. The comedic sketches were enjoyable but changed the pace of the piece too far and at points seemed unrelated to the overall direction, making me believe it was added more to provide the cast with time backstage than as an artistic or text based decision. Finally, although the live music was atmospheric at points (whilst using the loop pedal and playback equipment) overall it was quite distracting as the musician moved around at the side of the audience, running on and off stage for certain scenes and switching between microphones.

The production overall felt under-rehearsed and had some serious transition issues. Whilst a very intriguing concept, I think the team need to take another look at how they have approached their structure and staging before taking this beyond the fringe. 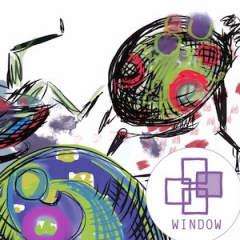