'This Boy Tom' tells the story of Tom, a boy in his first year of secondary school, who is bullied for the scar on his face caused by the fire that killed his younger brother, Alfie. It was heart-breaking, uplifting and very watchable, and though the plot was not exactly believable, this was saved by its showcasing of incredible young talent and fantastic choreography.

Eliot Milward as Tom himself was great. The somewhat unconvincing characterisation in the writing was cancelled out by Milward's gorgeous, clear voice and engaging, though sometimes over-exaggerated, acting - he made Tom very likeable and sad scenes much more emotional to watch. This was added to by Frankie Milward, as Alfie; he made a potentially saccharine character poignant and interesting, really increasing the show's emotional depth.

For me, however, the stage stealers were Clara Shepherd-Thomson and Fleur Aston: Both showed off their impressive vocal ranges as Flora, a new student who befriends Tom, and Jessica, the ringleader of Tom's bullies. Shepherd-Thomson's performance was constantly gripping and completely believable as the naive and kind 'new girl'. Aston played both the vindictive bully and later the more sympathetic character convincingly. Every time they were on stage, I knew to watch them for the most interesting and engaging performance, and when they finally performed a duet together, I wanted to give a standing ovation - It was probably my favourite song of the show.

The supporting cast demonstrated incredible talent with those like third stage stealer Barnie Gregory as Sid, and Scout Adams as Jade, who's awesome vocals were definitely underused, standing out. Billy Cashin as Caiden, Tom's primary bully, was also fun and compelling to watch, but his character was unrealistic, especially as he was supposed to be in year seven.

The show as a whole promoted the unrealistic stigma around secondary school. I think in many ways it would be healthier to tell children that, even in secondary school, people aren't actually physically and verbally abused and collectively hated by everyone in the year in year seven for a burn on their face.

Despite this, much of the show was great: the cast was wonderful, the music, despite its sometimes unoriginal lyrics, was catchy with gorgeous harmonies, which really stood out to me. The choreography was slick and better than some West End shows I could mention. Overall, the show was a pleasure to watch and I would really reccomend it: an amazing cast and music making a half decent story into a great show. 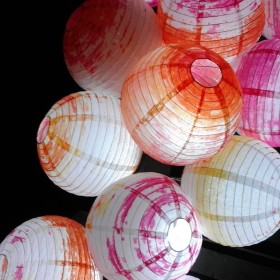 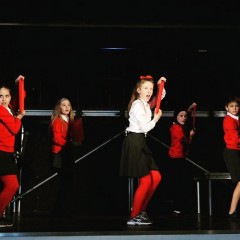