Ellis impresses as he isn't afraid to make a fool of himself during his torturous downward-spiral as he makes a mockery of his own self-worth.

A man of many tricks, Phil Ellis excites and exhilarates his audience with an hour of well-rehearsed gags and self-depleting fun. His set stems from the breakdown-inducing divorce from former lover, Leanne, whom he is evidently struggling to cope without - despite reassuring us of his stable mindset, clothed in just a pair of ill-fitting jean-shorts and hat. Using copious internet clips for reference, there are a number of running gags throughout his set, and although hilarious, I can't help but feel deflated by the fact that some of the biggest laughs came from pre-recorded clips.

Using himself as a human laughing stock for us all to poke-fun at, Ellis impresses as he isn't afraid to make a fool of himself during his torturous downward-spiral as he makes a mockery of his own self-worth, despite his humour being hit or miss, the laughter bounced among the audience and the atmosphere was intoxicating. I've never sat among people laughing so intensely that they spat their drink out.

With a lot of his set deriving from audience participation, I found myself shying away from making eye contact with the nutty host as he picked upon three unknowing audience members to help him during an improv task - making light of a dire American acting-lesson recording.

Much wasn't asked of the reluctant members of his improv troupe and as the audience participation continued, without giving too much away, the uncomfortable thought of leaving your seat and taking on-the-spot direction actually made for what was the spectacularly ridiculous finale. Make a point of seeing Ellis if you're looking for an hour of silliness and unprecedented humour. 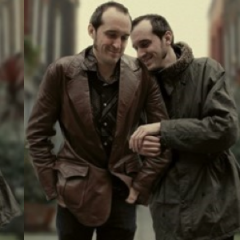 Phil Ellis is Alone Together (But Mostly Alone)

Ellis impresses as he isn't afraid to make a fool of himself during his torturous downward-spiral as he makes a mockery of his own self-worth.